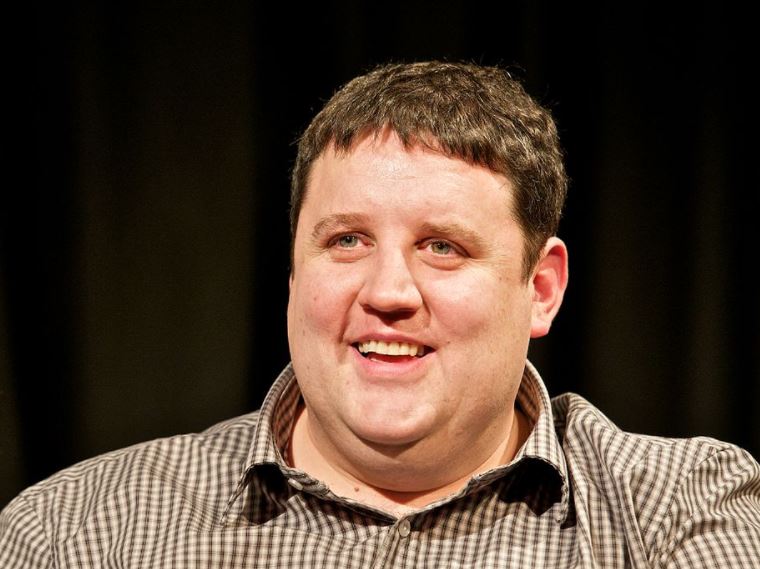 University of Salford Press Office, CC BY 2.0 , via Wikimedia Commons

Epic fail: Peter Kay locked out of hotel room naked in Paddy McGuinness prank.
Peter Kay had intended to prank his friend Paddy McGuinness but the prank went wrong in an epic manner leaving him locked out of his hotel room naked.
The pair had been staying at London’s Soho hotel in adjoining rooms. Peter stripped naked before heading into Paddy’s room. The door locked though when it slammed shut behind him. This left him locked out of his hotel room embarrassingly.
Paddy revealed details in his book My Lifey: “It was all great fun until Peter swanned into my room starkers, only for the door to lock behind him.
“The dressing gown was too small for him, there was no way it would close at the front. I’d have to call down to reception to send someone up to unlock the door.
“I mean, how do you explain that one? ‘I’ve got one of the nation’s best-loved comedians in my room with his c*** out’.”
He went on to add: “The manager knew who we both were but to be fair just opened up the locked door and left. That was the good thing about the Soho Hotel, it was discreet.
“If that’d been anywhere else we’d have probably ended up on the front page of the Daily Star.”
When Christine met Paddy she had no interest in his TV career and she has still not seen much of him on telly. Christine commented in her book A Beautiful Nightmare: “By the way, I don’t call my husband Paddy, I’ve always called him Patrick, because that’s how he introduced himself to me.
“He was at the event [where she was working as a model] with a mutual friend who I’d done a lot of charity work with, Dave.”
She added: “Patrick wasn’t too famous at the time. This was before he hosted Take Me Out and he hadn’t done much TV at all. He was just a stand-up comedian and to be honest, even if he did have a thriving TV career, I wouldn’t have known who he was – I was too busy earning to sit down in front of the telly. To this day, I’ve still not watched Peter Kay’s Phoenix Nights or Max And Paddy’s Road To Nowhere.
“And at the time I was absolutely not interested in anyone. I was sober, celibate and focused on saving money for my future.”