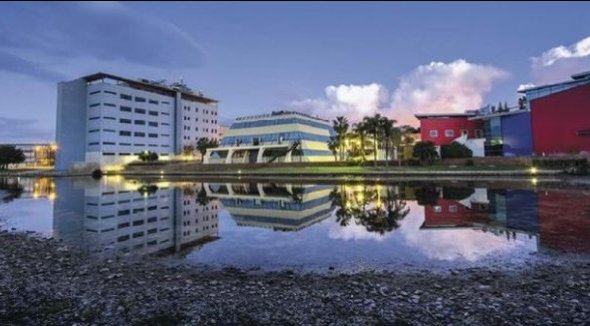 THAILAND have entered the race to host Expo 2027 as Malaga, which was backed by the government last month, faces further competition in a bid to stage the event.
Thailand now joins the United States in announcing its candidacy to organise the International Expo in 2027. The closing date for submissions is January 28 and now Malaga, who have yet to announce possible dates, faces some serious competition.
According to the International Exhibitions Bureau (BIE), Thailand wants to organise the event in Phuket between March 20 and June 17, 2027, with the theme: The Future of Life: Living in Harmony, Sharing Prosperity.
The United States has already applied to host the International Expo in Bloomington, Minnesota, between May 15 and August 15, 2027, under the theme: Health of Humanity, Health of the Planet.
Malaga will be going with the theme: The Urban Era: Towards the Sustainable City. Malaga’s bid already has the backing of the Spanish government and it is believed that they are pulling some strings within the BIE to win the race.
Malaga’s Expo would be located on a 250,000 square metre site in the Buenavista area of the city’s Campanillas district, although the total area to be used would be 800,000 square metres, as it includes the land to the west and east for logistics and housing.
This land is located next to the University of Málaga, the Parque Tecnológico de Andalucía and the Palacio de Ferias y Congresos, and has nearby communication infrastructures such as the airport, railway lines and the main motorway junction in the metropolitan area.
The City Council’s plan is that the land located to the west of the Expo site will be used for logistics purposes, and once the event is over, it will be used to expand the Freight Transport Centre.
The last International Expo was held in 2017 in Astana and welcomed 4 million visitors, while the 2023 Expo, planned for Buenos Aires, was cancelled because of the pandemic.
International Expos, now renamed Specialised Expos, can be held between two Universals Expos. They have a limited duration of three months and must be held on a maximum surface area of 25 hectares, where the host provides the infrastructures for the participating countries.
Thailand bid falls within the timeframe that allows an International Expo to be organised between two Universal Expos, Osaka in 2025 and the one planned for 2030, for which Moscow, Rome, Busan (South Korea), Odessa (Ukraine) and Riyadh are bidding.