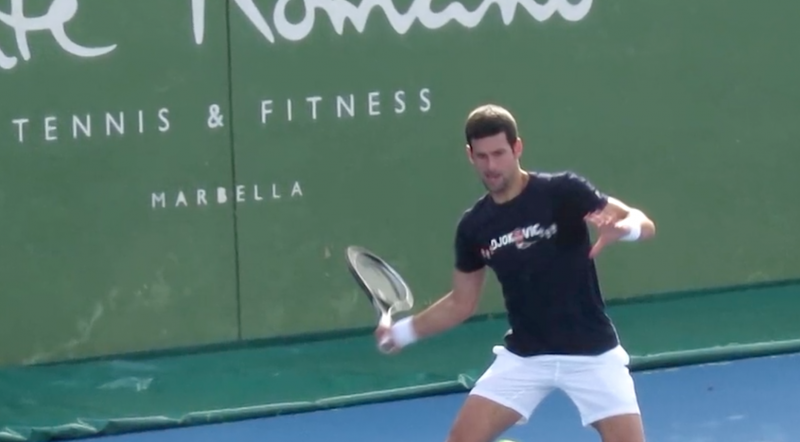 TENNIS star Novak Djokovic could now face trouble in Spain after it was revealed that he spent some of the Christmas period in Marbella, according to Spanish diplomats. It is now believed that Spanish police have ordered an investigation into the matter.
The issue arises from Djokovic landing in Spain from Belgrade last month. According to Spain’s Ministry of Foreign Affairs, all unvaccinated Serbian nationals, including tennis’ world number one, require a special derogation from the Embassy to travel to Spain.
According to the Ministry, “only residents of Serbia who have a complete vaccination certificate or special authorisation can enter Spain” meaning that Serbian nationals still need to lodge a formal request with Spain’s embassy in Belgrade in order to travel under “special circumstances”.
However, no such request was made before he left Belgrade. Djokovic is believed to have been in Belgrade from at least December 14 to 25 before travelling to Marbella on December 31. Djokovic was then seen training at Club de Tenis Hotel Puente Romano in the southern Spanish city of Marbella on January 2 and 3.
“If unvaccinated and travelling from Serbia, you need for an exception to be approved and you need to follow the procedure. If not, you are breaking the rules,” one Spanish diplomat told the Daily Mail.
The 34-year-old has been in the spotlight since being denied entry to Australia after travelling to the country to defend his Australian Open title. Aside from refusing to reveal whether he had received the Covid vaccine, which is required to enter the country, Djokovic also told authorities he had caught Covid in December.
However, he failed to tell authorities that he had travelled within the 14 days prior to landing in Australia which is where his trip to Marbella poses a problem for the tennis ace. In fact, documents submitted to an Australian court show that Djokovic ticked ‘no’ when asked if he had been overseas in the 14 days prior.
Several social media posts also show he had been in Spain prior to landing down under.

The Daily Mail reports that the 20-time Grand Slam winner confessed to attending an interview with a French sports newspaper after testing positive for Covid.

Taking to Instagram, Novak said: “I felt obliged to go ahead and conduct the L’Equipe interview as I didn’t want to let the journalist down.”

He added that attending the engagement was an ‘error of judgment’ and he should have rescheduled.

Earlier this week, Novak Djokovic won his appeal against deportation from Australia, although he could well face a spell in prison after breaking the rules, according to Australian government officials.