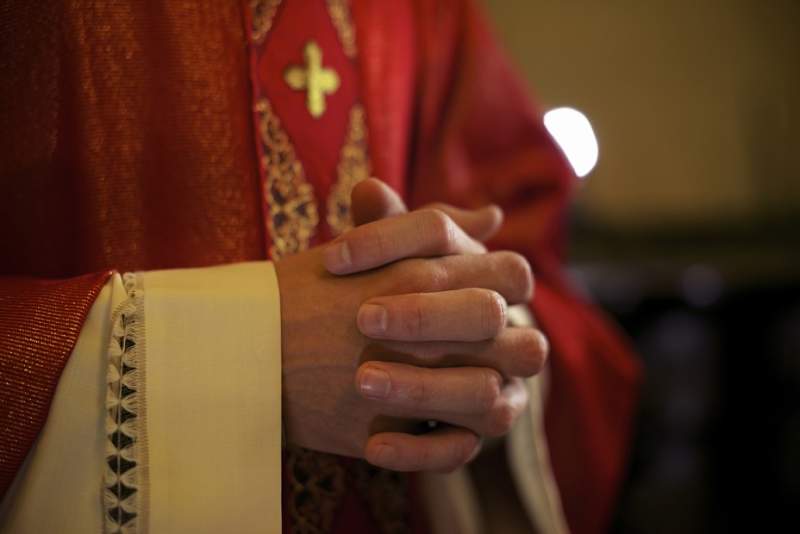 A catholic diocese in Poland, that is being sued after a priest sexually abused a 12 year-old, told the court to “ask if he was pleased with abuse because he’s gay”. According to Notes from Poland, Janusz Szymik, now 48, launched legal action against the Bielsko-Żywiec diocese last year, amid claims that he was sexually abused by a priest in the 1980s.
The priest, identified only as Jan W because of Polish privacy laws, was found guilty by a church court in 2017 of abusing Szymik as a child. His punishment was a five-year suspension from his duties as a priest, and he was required to live in isolation during this time.
Szymik has gone to civil court seeking three million zloty (650,000 euros) in compensation for the abuse.
The Bishop of Bielsko-Żywiec diocese, Roman Pindel, in a jaw-dropping defence of the crime asked the court to hear: “evidence from an expert sexologist on the determination of the claimant’s sexual preferences, in particular determination of the claimant’s sexual orientation”, to decide whether he was voluntarily in a “relationship” with the priest.
Pindel has asked that Szymik be questioned on whether he expressed “pleasure in maintaining an intimate relationship with Jan W”, and on “deriving benefits” from the abuse, including “material benefits.”
Szymik says that the abuse began in 1984 when he was 12, however the diocese insists that it began in 1987, when he was 16.
Bielsko-Żywiec diocese: “denies that the relationship was based on enslavement or incapacitation; on the contrary: it was voluntary and based on mutual benefits.”
The diocese’s shocking defence of the abuse comes with Poland’s judiciary in turmoil and the country questioning its morals and the use of religion in limiting the rights of others. The defence has not gone down well with all of Poland’s Catholic community.
Some have spoken out including Tomasz Terlikowski, a Catholic commentator, who wrote on Twitter: “Bishop Roman Pindel should withdraw the scandalous letter, change his lawyer, and apologise to the victim.”
He added that the diocese’s request that a court interrogate Szymik on his sexual orientation was a “paedophile’s model of thinking”, that would cause further trauma to the victim.
Piotr Studnicki, a Catholic priest and director of an office for the protection of children within the Polish Bishops’ Conference, said in a statement: “The issue of sexual orientation or the way a child reacts emotionally to an offence of sexual abuse cannot constitute an argument against the injured person and diminish the responsibility of the perpetrator.
“It must be clear to everyone that a child never bears responsibility for violence experienced.”
Pindel has apparently offered a half-hearted apology since according to ABC news admitting that the diocese should not have asked the court to investigate the victim’s sexuality or suggested that he derived pleasure from abuse.
The Catholic Church has yet to fully accept the crimes of those within with statements such as ask if he is pleased with abuse because he’s gay, showing just how far the organisation still has to go in coming clean about past abuse.