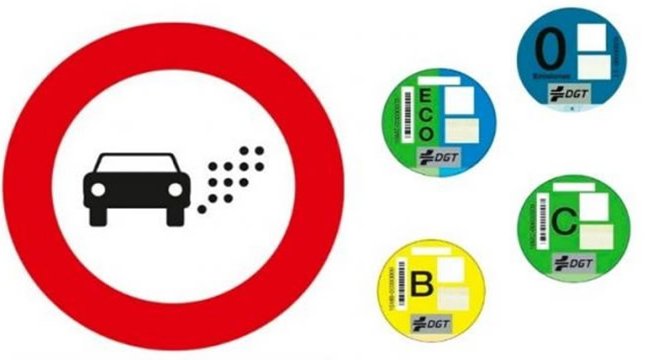 From 2023 all Spanish towns with more than 50,000 inhabitants must set up mandatory low emission zones

Throughout 2022, the Spanish Government has made its intention very clear about reducing the impact of fossil fuel motor vehicles, and thereby, reducing pollution levels, both environmental and acoustic. Urban mobility and the organisation and regulation of traffic in large cities will be a priority.
To contribute to the development of this objective, the DGT already released new vertical signage in the middle of last year. These are designed to aid with the reduction of the most polluting traffic in the centres of Spain’s large cities.
It is a vertical sign which marks the perimeter of the Low Emissions Zones or ZBE (which are already used in Barcelona, ​​for example). In June 2021, the General Directorate of Traffic (DGT) published an instruction on Low Emission Zones, and other regulations. This  laid the foundations for the new rules, explaining how future access will work for vehicles in urban areas.

According to the Climate Change Law, starting next 2023, all towns with more than 50,000 inhabitants must set up a restricted traffic zone to reduce emissions, especially in access roads to centres. Thus, in these pollution-free perimeters, only vehicles bearing environmental labels from the DGT C, ECO, and 0 will be permitted to circulate.
The objective is that after the experiences in Madrid and Barcelona, drivers will know how to identify these low-emission areas more quickly and easily. In addition, the use of this new vertical sign helps to harmonise the regulations in all Spanish cities.
These ZBE signs, in the words of the DGT, contribute both to the improvement of air quality, and the health of citizens, as well as to the mitigation of climate change and noise pollution. They also represent a stimulus for the energy efficiency of transport, promoting its future electrification, as reported by 20minutos.es.