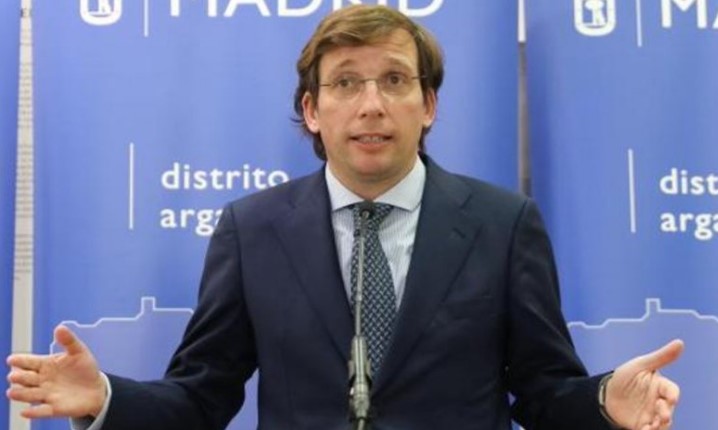 Jose Luis Martinez-Almeida, the mayor of Madrid, and national spokesman for the Partido Popular, spoke to the media today, Monday, January 17, after a municipal act in the district of Arganzuela.
The mayor highlighted how he believed it would be a huge scoop if Novak Djokovic could play in the Mutua Madrid Open tennis tournament. He was quick to add that of course any final decision on this would lie with the central Government, to determine if the Serb complies with Spanish Covid regulations to enter the country.
Almeida was subsequently quizzed about the fact that there are already promotional posters for the Mutua Madrid Open – which will be held from April 26 to May 8 – in which Djokovic appears.
The world No1 was this week expelled from Australia after losing a legal battle for not being vaccinated, after travelling there to participate in the Australian Open. It was also confirmed today that he will not be allowed to participate in the French Open at Roland Garros in Paris if he does not get vaccinated.

“Novak Djokovic’s stay conditions are state regulations, and therefore in his case, it will be the Government of the nation which, at the time he enters Spain, will have to determine whether or not he meets the requirements and criteria that have been established”, was Almeida’s response when asked if the Serb’s presence in April was in doubt.

“Secondly, I think it is also not possible to ignore that Novak Djokovic, despite what he has suffered in Australia and France, is still No1 in the world at the moment, and therefore I believe that, along with the rest of the great figures that come to the Mutua, it is an advertising element, and profile, that guarantees the public success that it has every year”. Almeida added, as reported by 20minutos.es.