Proposal to limit parking and traffic on the streets around schools 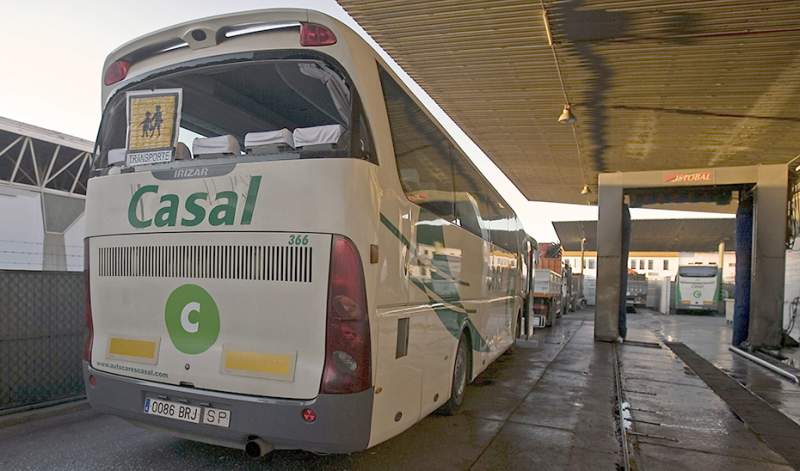 A proposal has been presented by the Socialist Parliamentary Group to limit parking and traffic on the streets around schools and educational centres. The proposal was made at a debate in the Road Safety Commission of the Congress of Deputies.
The proposal urges the government to consider a series of measures aimed at increasing safety around areas where children are present, areas such as school and colleges. In the proposal they call for the government to work with the regions to make the areas around educational institutions safe, effectively limiting traffic and parking their vicinity.
The proposal also calls for limiting access to school areas which they say will be for the benefit of pupils and the community as a whole, by reducing traffic. The current system is said to be having a negative impact on traffic around these institutions.
They would also like to see increased monitoring and stricter enforcement of road regulations at the entrances and exits so that the school environment becomes a safer space.
The Socialist Parliamentary Group advocates prioritising pedestrian mobility, the use of bicycles, universal accessibility and other elements of personal mobility. They would like to see car-free access corridors, the encouragement of green and rest areas around schools and more areas for meeting and play.
The proposal is supported by the group School Revolt, which is made up of different associations of student families in collaboration with neighbourhood organisations, which has been calling for greater peace and road safety in school environments.
The General Directorate of Traffic (DGT) is committed to traveling by foot, bicycle or public transport. It advocates healthier forms of travel and an improved lifestyle, both of which it says helps to prevent a sedentary lifestyle and obesity and which is also good for mental health.
It is not known whether the proposal to limit parking and traffic around educational institutions will be taken further by the government or whether there is all round support for th ideas presented.
For more on schools in Spain, take a look at our guide to the best international schools in Spain.