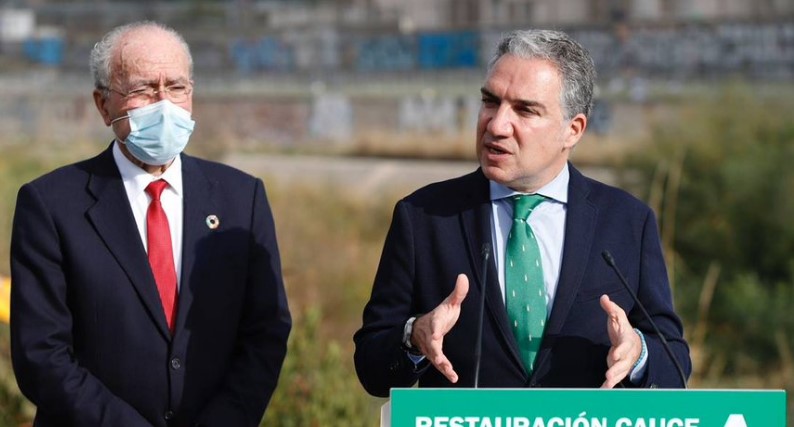 Elias Bendodo, the Minister of the Presidency, Public Administration and Interior of the Junta de Andalucia, during a press conference with journalists on Monday, January 17, condemned the proposed changes to social security payments for the self-employed in Spain.

Bendodo dismissed the proposal that was outlined by the central government late last week, as, “one more trick of the PSOE. Every time socialism talks about tax harmonisation, or change in the price, you have to tremble, because they are reaching into people’s pockets. Without a doubt, it does not fail”, he said.

He pointed out that Andalucia “was not a land of self-employed”, highlighting that Catalonia was the one that accumulated the most. However, he stressed that since last June, the Andalucian autonomous community “leads the number, with more than 560,000”.

“A self-employed person is the seed, the basis of a future SME or large company, and Andalucia is laying these foundations”, he emphasised. He continued by describing the change in price planned by the Executive as, “the last move, so that half of the self-employed pay five per cent less, and the other half pay 20 per cent more”.

“These are the plays of the PSOE. From Andalucia, the autonomous community with the largest number of self-employed, we say no to this attempt to once again put their hand in the pocket of those who are generating employment and wealth”, Bendodo said firmly.

In his speech, he indicated the differences between the Government of Spain and that of Andalucia, highlighting that the former “commits to raising taxes, and others, we lower them, and those of us who lower them have shown that by lowering them, more is collected”.

In three years of Government by PP and Citizens in Andalucia, there has been the lowering of the taxes of Inheritance and Donations, of the autonomic section of the IRPF, of the Documented Legal Acts, and that of patrimonial transmissions.

“This has meant that in 2019 and 2020, we have added 281,000 more taxpayers to the Andalucian Treasury, and we have collected €850 million more. It is the perfect example that lowering taxes raises more, and we can invest more in health and education”, he concluded, as reported by malagahoy.es.