FOUR elite footballers were diagnosed with heart issues over the weekend 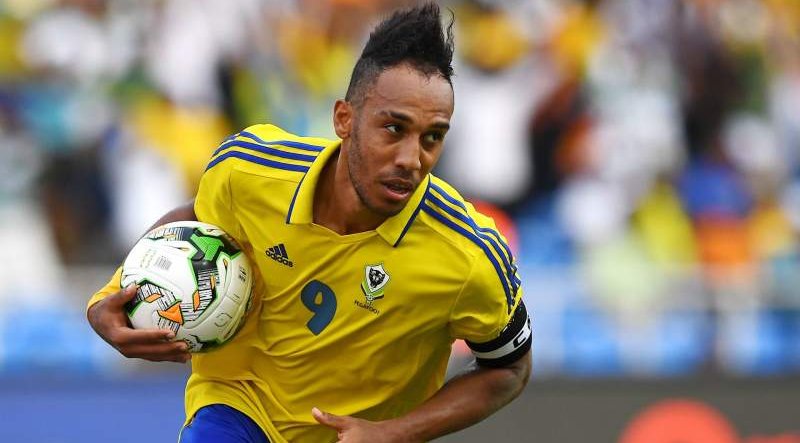 FOUR elite footballers were diagnosed with heart issues over the weekend. Credit: Twitter

FOUR elite footballers were diagnosed with heart issues over the weekend.

FOUR elite footballers were diagnosed with heart issues over the weekend, joining another top athlete in revealing the devastating diagnosis.
Pierre-Emerick Aubameyang and Alphonso Davies, as well as Axel Meye and Mario Lemina, have revealed that they have been diagnosed with heart issues following bouts of Covid that could now affect their future participation in the sport. Swiss marathon runner and top Olympic athlete, Fabienne Schlumpf, was recently diagnosed with myocarditis.

On January 14, it was announced that Arsenal’s forward Pierre-Emerick Aubameyang had to withdraw ahead of his Gabon side’s match against Ghana in the Africa Cup of Nations later that day after a series of scans showed that he had lesions on his heart.
The Gabonese Federation tweeted at the time: “According to the CAF medical commission, the players Pierre Emerick Aubameyang, Axel Meye and Mario Lemina, just out of Covid, cannot take part in this match.
“The examinations would show cardiac lesions. CAF did not want to take any risks.”

The 32-year-old, who has been frozen out of Arsenal’s first team over disciplinary issues, has now been sent home from the African Cup of Nations by Gabon for medical examinations at Arsenal.
Gabon’s national coach Patrice Neveu said: “Given the medical problems they have had, in agreement with the doctor, the federation president and the players, we have taken the decision to send them [Aubameyang and Lemina] back to their clubs so they can be looked after there.
“There is no major cause for alarm regarding cardiac problems but we are not in a position here to properly analyse what damage could be done by the residue that caused the inflamation.
“We can’t take any risks, and psychologically it was becoming unbearable for them to stay in their rooms. So we spoke and decided to let them go home.”

Earlier that same day (January 14), scans revealed that Bayern Munich star Alphonso Davies showed signs of myocarditis.
The 21-year-old Canadian has been ruled out “for some time” by Bayern coach Julian Nagelsmann and will miss three World Cup qualifiers for Canada due to signs of heart muscle inflammation after “contracting Covid-19”.

Davies, who has been 35 caps for Canada, will miss games against Honduras, USA and El Salvador between January 27 and February 2.

Bayern manager Julian Nagelsmann told a pre-match news conference on January 14 that the problem was detected in the follow-up examination that all players who have had COVID undergo.
“He’ll sit out training until further notice. He won’t be available, also in the coming weeks,” Nagelsmann said in German.
“The ultrasound shows this myocarditis isn’t so dramatic but it’s a sign of myocarditis. Still, it has to heal and that will definitely take some time,” he added.

Alongside Aubameyang, teammates Axel Meye and Mario Lemina were both diagnosed with heart lesions.
Former Southampton midfielder Lemina, 28, and Ittihad Tanger striker Meye, 26, were forced to miss Gabon’s game on Friday, a 1-1 draw against Ghana, as a precaution.
Lemina has now been sent home alongside Aubameyang and will miss the rest of the AFCON tournament.
Another statement from the Gabonese Federation read: “The Gabon Football Federation decided to make the players Pierre Emerick Aubameyang and Mario Lemina available to their clubs to continue the in-depth examinations.”
An announcement has yet to be made on Meye’s availability, however, it is believed he is still with the squad.

Swiss marathon record holder and Olympic athlete, Fabienne Schlumpf, revealed her myocarditis diagnosis on her Instagram account on Thursday, January 6.
The 31-year-old Swiss runner, who finished 12th at the Olympic Games in Tokyo, announced she had developed myocarditis and is not allowed to play any sports and participate in training.
The post read: “BAD NEWS! Unfortunately, myocarditis is holding me back right now. It’s definitely not an easy time for me but I’m not giving up. I hope to be back soon, chasing my dreams… and competitors.”