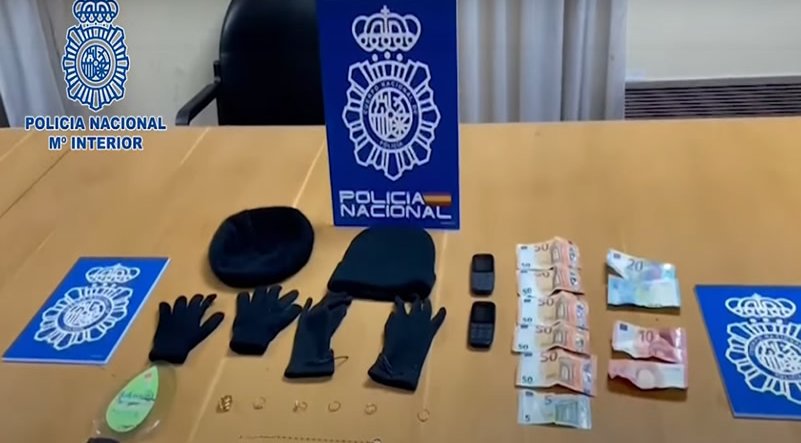 In a statement on Monday, January 17, the Madrid Police Headquarters of the National Police reported how they arrested two women. They were detained as they left a building in the affluent Chamberi district of the capital city, where they had allegedly committed several robberies in houses.

Earlier that day, several officers had detected these two people, who, to go unnoticed in the areas with the highest purchasing power of the capital, wore very elegant clothes. Officers verified that they were walking in a hurry, and with a fleeting attitude, while taking off the hats they were wearing.

As a result, they stopped them and asked for their identification, carrying out a superficial search. The subsequent search uncovered cash distributed in various purses, along with jewellery, rings, medals, chains, gloves, and a piece of thin flexible plastic, normally used in home robberies to force open the doors, using the ‘slip’ method.

In addition, they also carried small pieces of paper, similar to those used to mark the doors of houses, and thus verify the absence of the inhabitants. Subsequently, they searched the neighboring buildings and, in one of them, a neighbour stated that some moments before she had heard noises at her door, and was able to see a woman wearing a black hat through her peephole.

For all these reasons, they were arrested as allegedly responsible for a crime of robbery with force. The investigators continue with their investigations to locate the legitimate owners of the jewels, in order to reunite them, as reported by malagahoy.es.