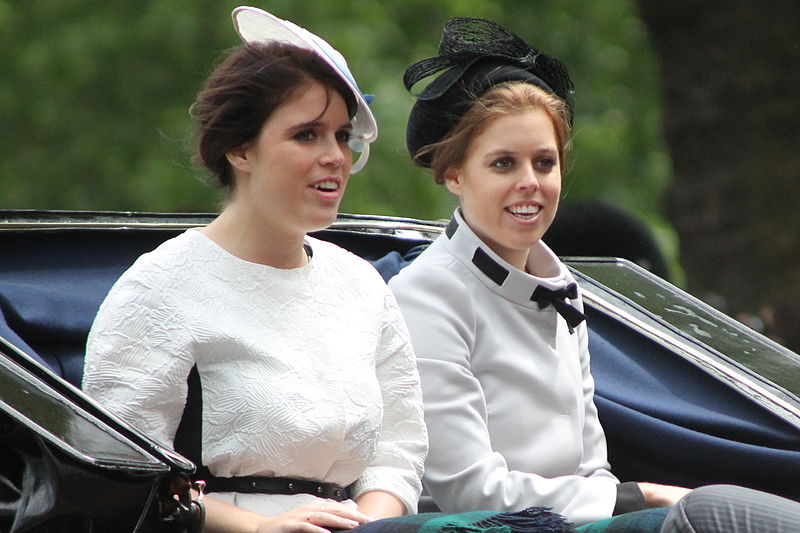 Princesses Beatrice and Eugenie were stripped of their security, it has been brought to light after Prince Harry’s plea for police protection in the UK.

Some senior royals such as the Queen and the Duke and Duchess of Cambridge are guarded by police protection around the clock, however, Princesses Beatrice and Eugenie were stripped of their security which allegedly left Prince Andrew “furious.”
Other royals such as Princess Anne, Prince Edward and Sophie Wessex are only protected by police when carrying out official duties and engagements.
The princesses had their 24-hour taxpayer-funded police protection removed following an argument about funding in 2011 that was said to have left Andrew furious.
One royal expert said Prince Charles had to intervene in the row about funding for Beatrice and Eugenie’s protection after it caused debate among the family.
It is thought that Charles stepped in after Eugenie, the youngest of his nieces, racked up massive security costs as she travelled the world during her gap year.
The princess explored India, America, Thailand and South Africa, spending over £100,000 of taxpayers’ money in the process.
The princess paid for hotels and travel herself, however, the huge security bill, which included overtime payment, was funded by the taxpayer.
Speaking on Channel 5 documentary Beatrice and Eugenie: Pampered Princesses?, royal expert Richard Kay said: “She was sort of flitting from country to country as most middle-class young people do who take gap years.”
“But, of course, she was accompanied by police bodyguards.”
“That meant that we the taxpayers were paying for policemen to accompany her to the fleshpots of the world.”
Charles reportedly suggested the princesses didn’t need the costly security because it’s unlikely that they will ever become working royals, according to royal author Angela Levin.
However, Charles’ suggestion left Prince Andrew furious.
Ms Levin added: “Prince Charles decided that as they were not likely to be very senior royals, that this was too much for the public to pay, so he stopped that.”
“Prince Andrew was so angry that he wrote a note to the Queen.”
“He said he wanted them to be considered as proper royals. He did not want the protection officers to leave them.”
It is understood that the princesses, who are not working royals and now live in America and are not entitled to taxpayer-funded security, pay for their own protection privately.