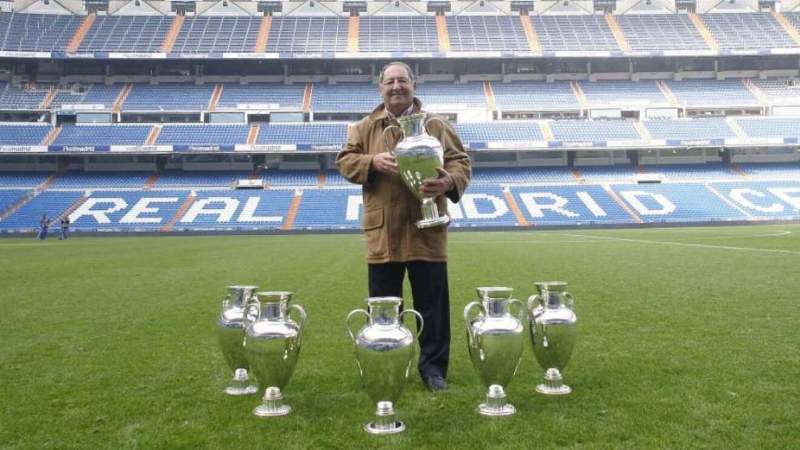 BREAKING NEWS – Spanish footballer and Real Madrid legend Paco Gento dies aged 88, according to the club on Tuesday, January 18.
Gento was voted by IFFHS (International Federation of Football History and Statistics) as the greatest Spanish footballer and 30th greatest world footballer of the 20th Century.
Beginning his career at Racing Santander in 1952, Gento moved to Real Madrid the following season where he cemented his iconic status, appearing in a joint record eight European Cup finals, winning a record six, as well as winning 12 La Liga titles.
In a 14-year international career, Gento earned 43 caps for Spain, playing at the World Cup in 1962 and 1966. Following the death of Alfredo Di Stéfano, Gento was appointed the Honorary President of Real Madrid.


LaLiga leaders and former club, Real Madrid, released a statement following the club legends’ passing: “Real Madrid CF, its president and its Board of Directors deeply regret the death of Francisco Gento, honorary president of Real Madrid and one of the greatest legends of our club and of world football.
“Real Madrid would like to express its condolences and its love and affection to his wife Mari Luz, his sons Francisco and Julio, his granddaughters Aitana and Candela and all his relatives, colleagues and loved ones.
“The figure of Paco Gento faithfully represents all the values ​​of Real Madrid, and has been and will continue to be a benchmark for Real Madrid and for the world of sport. Madrid fans and all football fans will always remember him as one of their great legends.”
Gento played for the Madrid side from 1953 to 1971, and during his 18 seasons at Real Madrid, in addition to the 6 European Cups and 12 Leagues, he also won two Spanish Cups and one Intercontinental Cup, among other accomplishments. He played 600 games for Real and scored 182 goals.
For more Spanish football news, please click the link here.