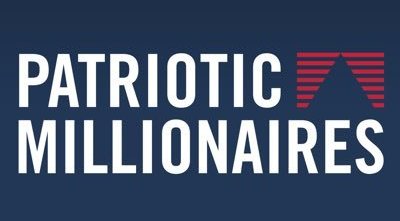 A group named the ‘Patriotic Millionaires’ has called on governments to make them pay more tax, calling the current system unfair. Made up of more than 100 of the world’s richest people, the group said the ultra-wealthy were not being forced to pay their share towards the global economic recovery from the Coronavirus pandemic.
“As millionaires, we know that the current tax system is not fair,” they said in an open letter. “Most of us can say that, while the world has gone through an immense amount of suffering in the last two years, we have actually seen our wealth rise during the pandemic – yet few if any of us can honestly say that we pay our fair share in taxes,” the signatories said in the letter to the World Economic Forum. One of the members is Disney heiress, Abigail Disney.
The forum is being held virtually this year due to Covid-19 instead of its usual place in Davos. During an earlier presentation, charity Oxfam said the pandemic had increased the wealth gap across the globe, with more people being pushed into poverty while the richest on the planet got richer.
The UK branch of Patriotic Millionaires said analysis by the Fight Inequality Alliance, the Institute for Policy Studies, Oxfam and itself found a wealth tax starting at 2% annually for those with more than $5m, 3% for people with more than $50m, and 5% for billionaires could generate $2.52 trillion a year, as reported by the BBC.
Gemma McGough, British entrepreneur and founding member of Patriotic Millionaires, UK said: “For all our well-being – rich and poor alike – it’s time we right the wrongs of an unequal world. It’s time we tax the rich.”
Ms McGough added: “At a time when simply living will cost the average household a further £1,200 a year, our government cannot expect to be trusted if it would rather tax working people than wealthy people. If they do anything in the next few months, they should do this: rather than raising National Insurance, tax the rich – tax us – instead.”
In the open letter, the signatories said business and political leaders were “not going to find the answer in a private forum” and were “part of the problem”.