US Navy aircraft carrier is sold for one cent 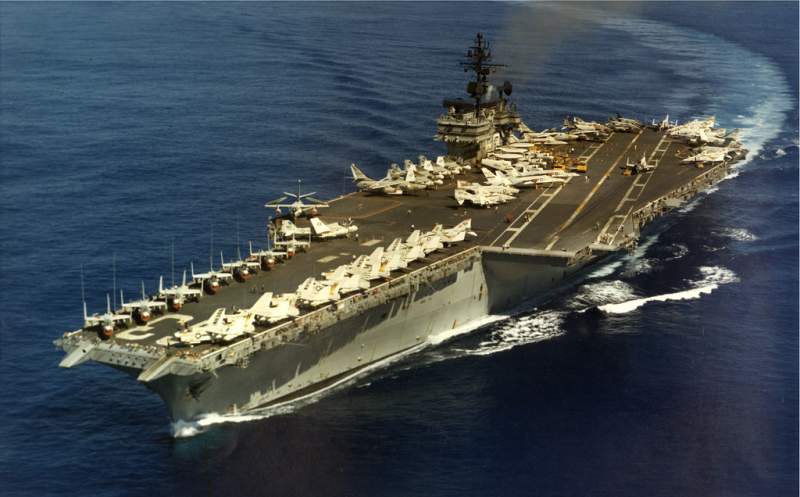 The internationally renowned USS Kitty Hawk aircraft carrier embarked on its final voyage over the weekend, after being sold for one cent. The vessel is the last commissioned conventional-powered aircraft carrier, and is headed to a shipbreaking company in Brownsville, Texas from its home at the naval base Kitsap in Bremerton.
The ship was mothballed in 2009 after 48 years of service before the sale of the Kitty Hawk and the USS John F Kennedy to International Shipbreaking Limited.
The Kitty Hawk is being sailed around South America as it is too large at over 85 metres and more than 300 metres long, to traverse the Panama Canal. Instead the vessel will be towed via the Strait of Magellan on a 25,000 km journey that will take a little over four months to complete.
The Kitty Hawk achieved fame around the world for its missions in Vietnam, Afghanistan, and Iraq. It will also be remembered for its role in launching U-2 spy planes and for its collision with a Soviet submarine.  The ship later served as the only forward-deployed carrier for 10 years.
The Kitty Hawk has been replaced by nuclear-powered carriers, as has the rest of the fleet.
Corey Urband, a former machinists mate on the Kitty Hawk watched it leave saying: “As hard as life was on this ship, it’s part of my history. While most people were graduating from high school and college, I was 30 feet below the waterline, halfway around the world from home.”
One of the burning questions is why the US aircraft carrier was sold for only one cent given the volume of metal that was used to make the carrier. One can only surmise it is in the cost of moving the vessel and to a yard capable of handling a carrier of its size.