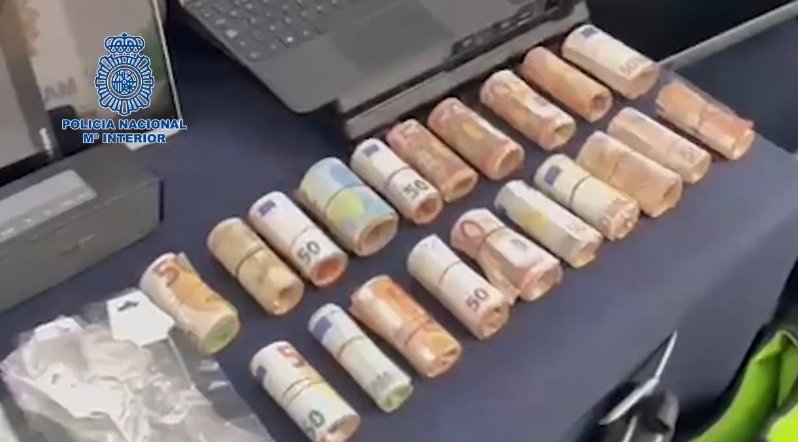 The National Police has dismantled a criminal group in Marbella, suspected of being responsible for the theft of a safe last August from the facilities of the Starlite Marbella festival last summer . A total of €70,000 is believed to have been inside the safe, the takings from a concert by the Argentinian performer, Nathy Peluso .

This was not the only crime to have been committed by the gang, who were known to specialise in robberies with force. They are believed to have carried out robberies in establishments and homes located in the Malaga province of Marbella, Estepona , Mijas, Coin, and Guaro .

Initiated as a result of the Starlite safe theft last August, the investigation led to the eventual identification and arrest of seven people for their alleged responsibility in the events.

In four searches carried out during ‘Operation Star’, officers found €20,000 in cash, along with narcotic substances, electronic devices, and numerous effects from the robberies. The competent judicial authority in Marbella’s Investigating Court No2 has already decreed the entry into prison of the three main individuals investigated.

The modus operandi used for the theft of the safe after the concert in Marbella was through creating power outages, along with the disconnection of the surveillance cameras. This factor determined that the architects of the robbery had specific knowledge of electricity, in addition to also knowing perfectly well the operation of security devices used at the festival.

In a statement from the National Police, they explained how investigating officers soon verified that several of the festival workers had a history of crimes against property. They were suspected of belonging to a criminal group to robberies in offices, establishments, and even homes, receiving commissioned work.

According to the proceedings carried out, the network had even stolen from law firms that had previously represented those under investigation. The members of the criminal group were highly qualified in their line of work.

After the complete identification of all the components of the group, officers proceeded to arrest seven people – five men and two women – as allegedly responsible for the crimes of belonging to a criminal group, and robbery with force, as reported by malagahoy.es .

For more news about Marbella: https://www.euroweeklynews.com/news/costa-del-sol/marbella-news