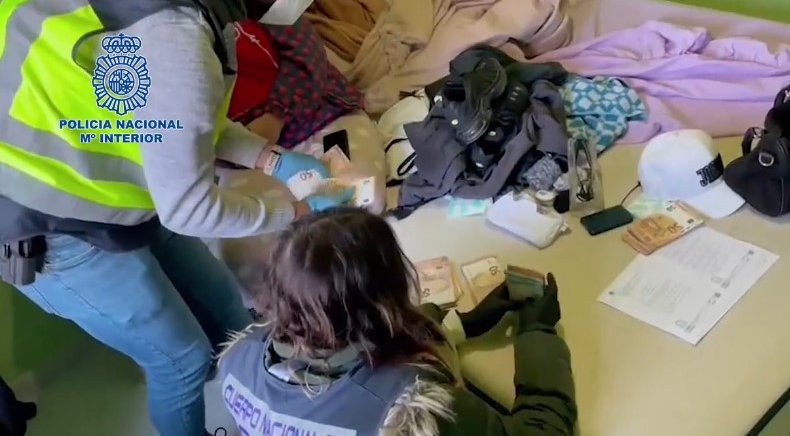 National Police officers in the Malaga municipality of Estepona have dismantled a criminal group allegedly suspected of the robbery of two petrol stations in the town. They are also suspected of four robberies with force in local establishments, and the theft of two vehicles.

The four detainees are aged between 21 and 34, and are considered by the investigators to be active, and extremely violent.
Their first robbery took place on December 11, at around 9pm, just as the Estepona petrol station was closing. A call had been received by CIMACC 091 alerting them that four hooded people with firearms had entered the establishment, with one of them firing a shot at the ceiling.
After frightening the workers, the assailants emptied the cash register. Initial investigations revealed that the individuals escaped in a car that had been stolen in the same town, the previous day.
Another robbery was carried out five days later, with witnesses reporting the same characteristics as the previous robbery. This time, the firearm was again present, but they escaped on a motorcycle that had been reported stolen from an Estepona driving school in November.

Meticulous steps taken by the agents meant they were able to relate both events as being planned and executed by the same criminal organisation. They quickly identified the gang members, who had an extensive criminal history.

An operation was precipitated when, during the investigative steps, the members of the group were detected in a bar, while they were allegedly plotting their next robbery. Officers proceeded to arrest the four men as alleged perpetrators of the two robberies, some of them offering great resistance to arrest.

Their four homes were searched, where, among other effects, one of the suspected firearms or weapons used in the robberies was found. €3,000 in cash, along with numerous effects – such as clothing – that related them to both robberies with violence were also discovered.

In addition, with the dismantling of this organisation, it has been possible to clarify the two robberies, four robberies with force in establishments, and two vehicle thefts.

All four detainees were made available to the judicial authority last Monday, January 16, suspected of the crimes of robbery with violence, theft, use of a stolen motor vehicle, illegal possession of weapons, violation of sentence, crimes against road safety, and belonging to a criminal organisation. All of them have been sent to prison, as reported by laopiniondemalaga.es.