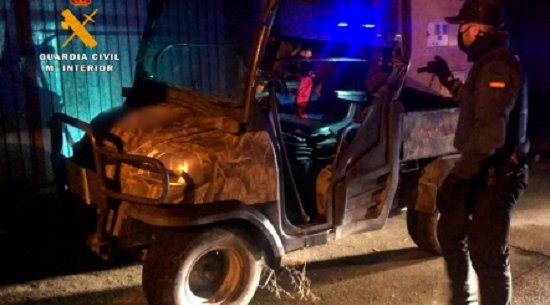 Like so many other cities in Europe, parts of London are being overrun by flocks of parakeets. The birds, which have proliferated as temperatures rise in the UK, are not endemic to the UK and are believed to be the result of imported pet birds escaping or being released.
Although not everyone is in favour of the birds, many residents are enjoying what has become a common sight – flocks of parakeets flying through London and roosting in park trees.
One of those is David Williams, 69, a Board Member of the Grove Park nature reserve. Speaking to the Standard he said: “the parakeets showed why it was crucial to protect London’s green spaces from development.”
Pointing out the birds in the tree to the Standard reporter he said: “I’ve tried to count them but always lose my trail of thought after about 300 or 400. More and more come back every year. I think they came here about five years ago.
“They fly over to the cemetery and go in trees, you can catch them all flying together when it’s just getting dark. “I love them and am very happy with them. We haven’t had heard any complaints. I would rather them than pigeons.”
The ring-necked parakeet is a medium-sized, green parrot with a long tail and a red beak that originates from Asia and Africa. They are now the most northerly breeding parrot in the world, using holes in tree and nest boxes to raise their two to four chicks.
Food is plentiful for them, feeding on nuts, seeds, berries and fruits, as well as being happy to visit bird tables and garden feeders
Mr Williams added: “They sit on my balcony they really aren’t shy. They look at me through the window as if to say ‘what you doing?’ or trying to get a glimpse at what’s in my fridge.
“They seem to be alright in London, we think they originate from someone’s aviary or brought on the ships. It shows there is nature in London. When you see them fly over in masses it’s quite a sight to behold.
“The council are trying to build on the nature reserve because of the housing crisis but we need to protect our green spaces.
“Where will they go?”
The trees are under constant threat of development with plans to develop Grove Park, which it is said provided the inspiration for Edith Nesbit’s classic The Railway Children.
Locals would like to see a Railway Children Urban National Park, which would honour the author Edith Nesbit, who lived off Baring Road in a home that backed onto woodland by the tracks to Grove Park.
Her 1906 novel is said to have been inspired by her walks in the area.
The house in the book is called Three Chimneys and Nesbit’s house in Grove Park was named Three Gables. Both houses, imaginary and real, overlooked the railway line.
With parts of London being overrun by flocks of parakeets, developers and town planners may come under pressure to rethink plans to incorporate these and other birds endemic to the area.