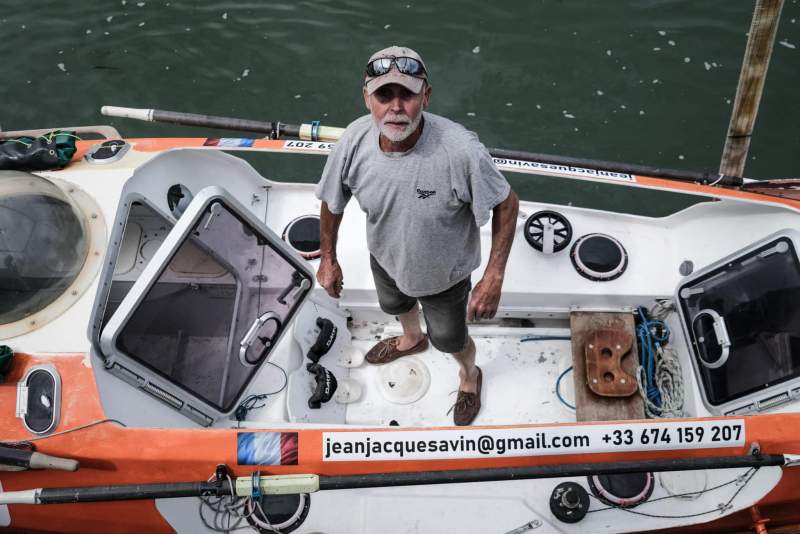 A French adventurer who had found fame for crossing the Atlantic Ocean in 2019 in a barrel, has been found dead at sea after making another attempt in a rowing boat. Adventurer Jean-Jacques Savin’s support team said he had triggered two distress beacons on Thursday night.
According to a message on his Facebook page: “Unfortunately, this time the ocean was stronger than our friend, who loved sailing and the sea so much,”
His family had posted on social media hoping for good news after they hadn’t heard from him, however on Friday Savin’s canoe was found overturned off the Azores, an island chain in the North Atlantic Ocean, by Portuguese maritime officials.
The exact circumstances of his death have not yet been determined.
The former military paratrooper, who celebrated his 75th birthday at sea last week with foie gras and champagne, set off from Sagres in southern Portugal on January 1st, with the aim of crossing the ocean solo.
He had been making regular posts on his Facebook page, on Wednesday, writing that there were strong winds which made his journey longer by 900km (560 miles), and said he was having trouble with his solar power. But he added: “Rest assured, I’m not in danger!”
He said he planned to fix the issues once he arrived at the “beautiful marina” of Ponta Delgada, the capital of the Azores.
Savin, who had said the rowing feat waas a way to “laugh at old age”, had planned to spend some three months in his 8m canoe, which he referred to as his “friend”.
Previously the French adventurer made his crossing of the Atlantic Ocean in a barrel shaped orange capsule, relying only on the sea currents. That journey of 4,500kms  took 122 days.