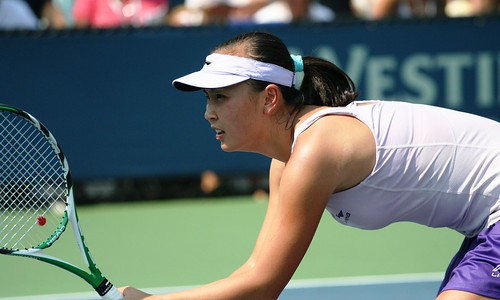 Former world no one and television pundit Martina Navratilova, slams the decision by Australian Open organisers to implement a Peng Shuai T-shirt ban that stops fans showing their support for Chinese player. Global concerns were sparked when Shuai disappeared from public view after posting allegations of sexual assault online.
On Friday security staff at the competition asked spectators entering the ground to remove T-shirts with the slogan “Where is Peng Shuai?” Although she has reappeared many remain concerned about her wellbeing.
Tennis Australia, the organising body behind the Australian Open, said Peng Shuai’s safety remained their “primary concern”, but defended their decision to confiscate the T-shirt and banner in a statement.
It said: “Under our ticket conditions of entry, we don’t allow clothing, banners or signs that are commercial or political.”
Navratilova in a tweet, called the decision “pathetic.”
He is not the only one with French tennis player Nicolas Mahut suggesting that organisers were bowing to pressure from major corporate Chinese sponsors.
He tweeted: “What’s going on!? What lack of courage! What if you did not have Chinese sponsors?”
Chinese premium liquor company Luzhou Laojiao and mattress firm DeRucci are listed as two of the leading partners on Australia Open’s website.
Australia researcher for Human Rights Watch Sophie McNeill called Tennis Australia’s decision “not cool,” and urged other tennis players in the tournament to bring attention to Peng Shuai.
Friday’s incident also sparked the creation of a Gofundme page that promised to print out more T-shirts after reaching its AUD$10,000 (£5,296; $7,179) goal.
In November, Ms Peng posted a 1,600-word note on Chinese social media platform Weibo, accusing former Vice-Premier Zhang Gaoli of forcing her to have sex with him.
She then vanished from the public eye, triggering a wave of global concern among the international tennis community, fans and human rights groups over her whereabouts.
She resurfaced weeks later, and in her first media interview in December following her reappearance, she denied making any accusations of sexual assault and claimed her social media post had faced “a lot of misunderstandings”.
T-shirt bans, such as this one for Peng Shuai are not uncommon at large sporting events, however this one which Navratilova slams online, is not counter to or in competition with sponsors. It does beg questions about the motives of organisers or their interpretation of the rules, especially when it comes to international issues of welfare as is the case with .