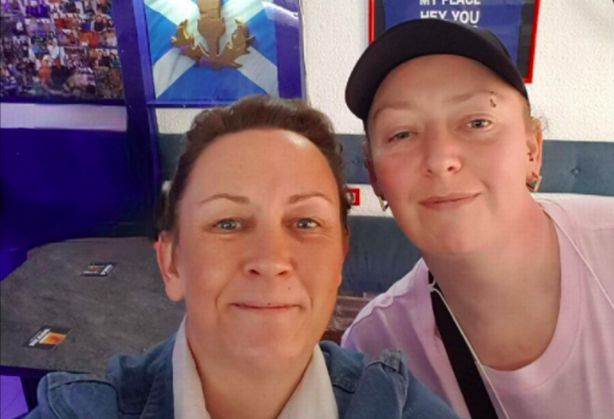 The heartbroken family of a Scottish mum who tragically died while on holiday in Spain are desperate to bring her home. She died after being rushed to hospital where doctors pronounced her dead after several attempts to save her.
Caroline Gardiner was came to Spain to enjoy the sun with friends Lainey and Kerry, but took ill when she came off her flight in Fuerteventura on Saturday January 15. The 41-year-old, from Kilburnie was given two nebulisers in a local hospital to help her breathe and put on a drip before she was discharged later that night.
Two days later during a sand storm on the island she suddenly struggled to breathe and was having bad chest pain. She was rushed back to hospital and was pronounced dead on January 17th.
Caroline was rushed back to hospital and worked on by doctors but sadly couldn’t be saved and was pronounced dead on Monday January 17.
Niece Adelle Collins, 35, told the Record: “On the Monday they were out and about when my auntie pretty much collapsed with breathing difficulties and pain in her chest.
“The ambulance took her straight back to the local hospital and they worked on her but she was pronounced dead on Monday night.
“It took a while to get her cause of death back but it was a cardiac arrest caused by a severe asthmatic episode due to sand storms in the area. One of the doctors who actually worked on my aunt had managed to get in touch with my gran and phoned her on the Monday night.
“Her friends weren’t aware Caroline had passed as they weren’t allowed to go with her due to Covid.”
With the insurance company initially refusing to pay, a fundraiser has been launched by Adelle to pay for Caroline’s funeral and the cost of bringing her.
Caroline had asthma, but the health condition was completely under control and she rarely had to use her inhalers. But because there had been no previous issues the condition wasn’t put on her insurance form, causing difficulties with the insurance company.
Adelle aded: “At first the insurance company wouldn’t pay out but after I called them again on Saturday they have said they will cover the majority of the repatriation.
“This still leaves the family to pay some and cover the cost of the funeral.
“It is almost like she is still on holiday. Until we actually have her here it will be difficult to process. It was just such a shock. Her asthma was completely under control. She rarely used her inhaler.
“What are the chances of there being a bad sand storm on the days she was there?”
Caroline leaves behind four devastated children – Connor, 23, Lauren, 20, Stacey, 18, and Charles, 16, as well as granddaughter Nova and another grandchild on the way.
After the struggle with the insurance company and Caroline’s sudden death, the family have also urged people to make sure asthma is listed as a health condition on insurance forms, even if it is under control.
“I’ve spoke to a few people who suffer from asthma and they have said when they go away they don’t put it down,” Adelle said.
“Even if this just raises awareness of putting asthma down then we could save another person going through what we have.”
This is sound advice from the family of the mum who died in Spain, technically speaking the insurance company had every right to refuse to pay for non disclosure.