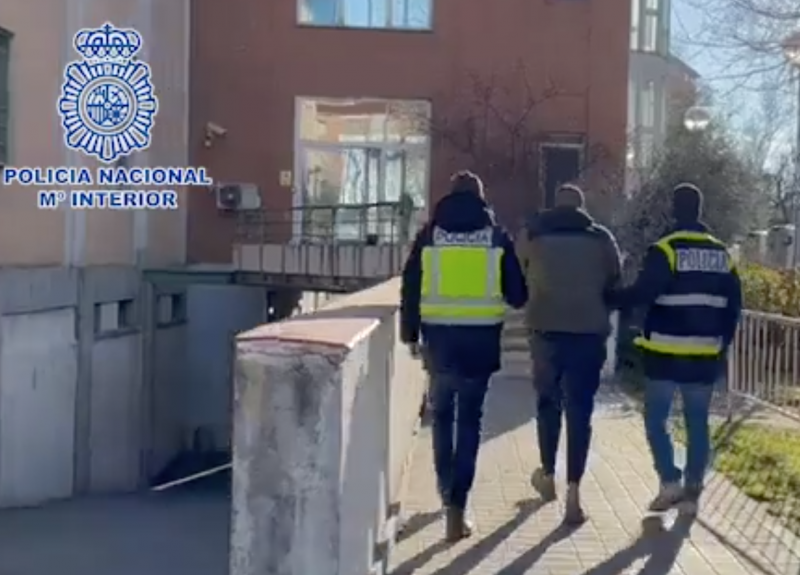 JUST IN: Spanish police arrest a gang operating in Madrid and Barcelona for supplying some “celebrities” and the public with fake Covid passports and PCR certificates.
National Police officers have arrested seven members of a criminal network for falsifying Covid documents and selling them to celebrities and members of the public. 1,600 people from the Community of Madrid alone are said to be under investigation for purchasing the fake documents for the gang, including the singer Omar Montes, sources have informed EFE.

Six people were arrested in Madrid and one in the province of Barcelona – for crimes of document fraud. The criminal organisation is believed to have also recruited health personnel to access the health registry and police are said to be continuing to investigate the possible theft of access codes.

In fact, of those arrested, a 30-year-old Spanish woman, who is believed to be a nurse, is accused of illegally accessing the database and entering the names of those who requested the false certifications.
According to police, the gang advertised their services – selling both fake PCR tests and forged COVID passports – on instant messaging apps and social media apparently taking advantage of “Covid-denier” groups.
Montes, who is one of the most listened to artists in Spain according to the Spotify platform, is believed to have paid between 200 and 1,000 euros for these documents via cryptocurrency but was not the only “celebrity” believed to have used the service. AMC, known as the “queen of coca” in Spain for selling 100 kilos of the drug in one year, is also under investigation.
While another under investigation is SRG, nicknamed Moli, who “works with burglars as a specialist in safecracking,” according to EFE. Moli served a sentence for reckless homicide when he fatally ran over a person in the Arganzuela district of Madrid.
The National Police investigation, which began in early January, has led to the detection and identification of the criminal organisations’ leaders, which operated from France, whose details have already been brought to the attention of the French authorities.