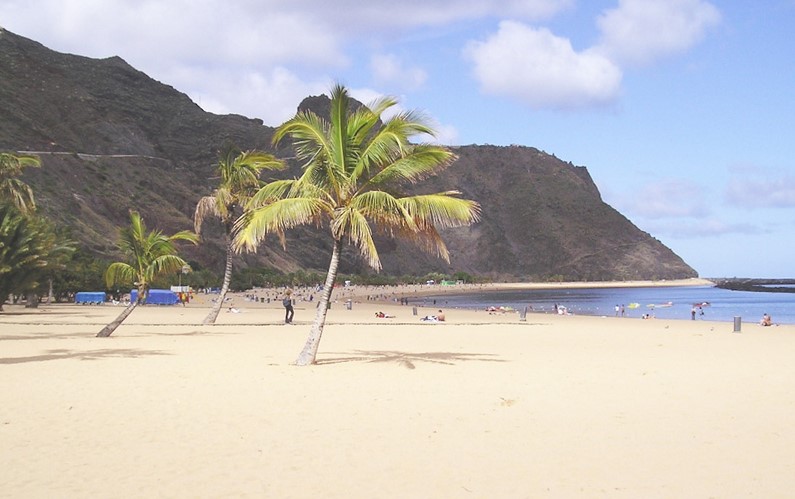 Some bad news was handed to British travellers on Tuesday, January 25. Those seeking winter sunshine in Spain’s Balearic Islands, or the Canary Islands, must now adhere to stricter Covid rules brought out by the islands’ respective governments.
As cases of the Omicron variant soar in all the islands, Spanish health authorities are battling to control the spread.
The Balearic Islands including Mallorca, Menorca, Ibiza, and Formentera, are all at health Level 3, which on Spain’s ‘Covid traffic light’ system, is the second-highest level of risk. Level 3 rules stipulate that restaurants can only seat a maximum of two persons at a table.
“Only seated eating is permitted. Maximum two people in a group, with a distance of 1.5m between groups. Closing time: midnight”, says the information supplied on the website schengenvisainfo.com.
Further south, in the Atlantic Ocean, the sun-kissed Canary Islands are also under strict restrictions. Tenerife, Gran Canaria, and La Palma, have all been moved to Level 4, which is the highest possible risk level.
Anybody wishing to hit the beaches on these islands must book an appointment, as capacity is limited to 50%. The capacity in nightclubs has been lowered to just 25%. Covid passports must be produced for entrance to all establishments, with a maximum of six persons allowed to meet up either indoors or outdoors.
Lanzarote and Fuerteventura, the other two Canary Islands, are at Level 3.
At the moment, to enter Spain, Brits must be at least double-jabbed. This will change on February 1, when Brits will only be allowed to enter the country if they can prove that they have been double-vaccinated within the last 270 days.
If their second dose was more than nine months ago, then they can only enter if they have had a booster, which must have been administered more than 14 days prior to travelling.
Spain’s mainland is not doing much better. The popular Costa Blanca hotspot of Benidorm has seen around 50% of its hotels close, and it has reportedly suffered its worst start ever to a new year.
It might just be a case hopefully of riding out the storm, with many experts in Spain predicting that the peak of the latest wave of Omicron infections could be reached at the end of January, or early in February, as reported by thesun.co.uk.