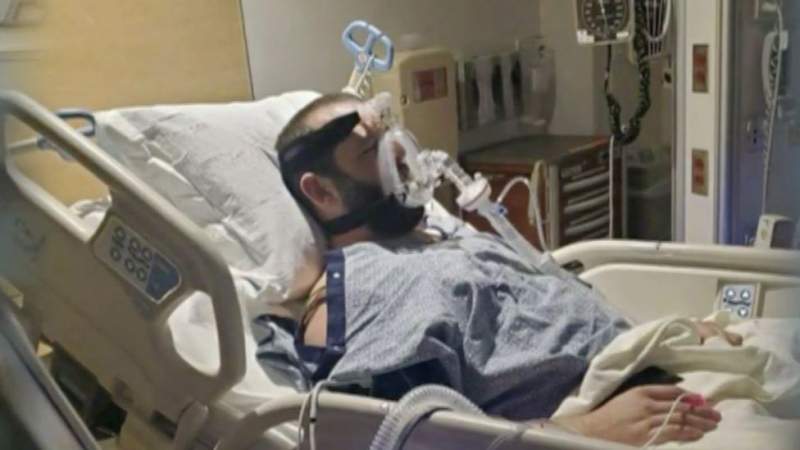 A hospital in Boston (USA) has rejected a critically ill patient for a heart transplant, partly because he is unvaccinated. The hospital says it is following policy.
DJ Ferguson, 31, is in dire need of a new heart, but Brigham and Women’s Hospital in Boston took him off their list, said his father, David.
He explained that the Covid-19 vaccine goes against his son’s “basic principles, he doesn’t believe in it”.
Brigham and Women’s Hospital told the BBC in a statement: “Given the shortage of available organs, we do everything we can to ensure that a patient who receives a transplanted organ has the greatest chance of survival.”
A spokesman said the hospital requires “the Covid-19 vaccine, and lifestyle behaviours for transplant candidates to create both the best chance for a successful operation and to optimise the patient’s survival after transplantation, given that their immune system is drastically suppressed”.
The statement from the hospital suggests there may be more to the rejection of Ferguson for a heart transplant, but the hospital has declined to comment citing patient confidentiality.
The spokesperson added that most of the 100,000 people on waiting lists for organ transplants will not receive an organ within five years because of the shortage of available organs.
According to a GoFundMe campaign, Ferguson has been in hospital since November 26 and he suffers from a hereditary heart issue that causes his lungs to fill with blood and fluid. The organiser of the campaign said he was concerned that getting vaccinated could cause cardiac inflammation and that it might prove fatal given his condition. Inflammation is listed by the US Centre for Diseases and Prevention (CDC) list the condition as a potential but very rare side effect.
The CDC encourages transplant recipients and those in their immediate circles to get fully vaccinated and boosted.
Dr Arthur Caplan, head of medical ethics at NYU Grossman School of Medicine, told CBS News that after any organ transplant a patient’s immune system is all but shut down and even a common cold can prove fatal.
“The organs are scarce, we are not going to distribute them to someone who has a poor chance of living when others who are vaccinated have a better chance post-surgery of surviving,” said Dr Caplan.
Ferguson is a father-of-two with a third on the way. His family has suggested he is too weak to be transferred to a different hospital and is “running out of time”.
“My boy is fighting pretty damn courageously and he has integrity and principles he really believes in and that makes me respect him all the more,” said David Ferguson.
“It’s his body. It’s his choice.”
This is not the first time an unvaccinated American has faced healthcare obstacles for being unvaccinated with a Minnesota woman suing her local hospital after doctors tried to take her unvaccinated husband off the ventilator he had been on for two months.
Just over 63% of the US population is double-jabbed and about 40% of Americans have received a third booster dose.
The issue of a patient being denied healthcare raises many ethical issues, but perhaps more so during a pandemic and when a lifesaving heart transplant is involved.