The best places to spend Valentine's Day in Spain 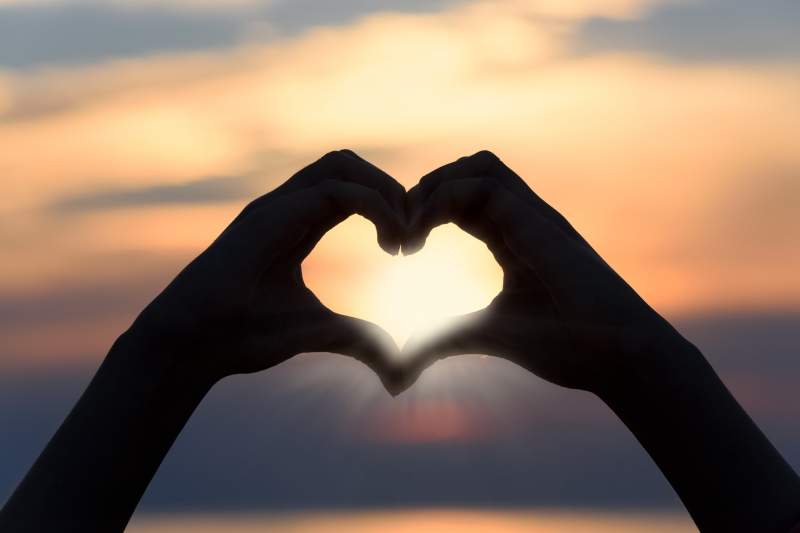 LOVE is in the air in sunkissed Spain.  Renowned for being one of the most romantic countries in the world, Spain is the perfect place to spend Valentine’s day with that special someone.

Whether you want to surprise your partner or meet your next great love, we’ve put together a list of the most romantic cities to spend Valentine’s in Spain.
All guaranteed to make you swoon.
But before that, let’s take a trip back in time with a brief history of Valentine’s Day traditions in Spain.

Saint Valentine’s Day, or ‘El Día de San Valentín’ as it’s known in Spain, is celebrated in a similar style to the UK and the rest of the world.
Lovers treat their sweethearts to a lavish dinner, shower their partners with gifts, and just generally celebrate the power of love.
‘El Día de San Valentín’ is a relatively new addition to Spanish culture.
In 1948, José ‘Pepín’ Fernández, the founder of a newly opened department store called Galerías Preciados, saw an opportunity to leverage the occasion to boost sales.
He launched a campaign with what was soon to become a famous motto ‘Practique la elegancia social del regalo’ (Practice the social elegance of the gift).
The Galerías Preciados was later acquired by el Corte Inglés where this iconic phrase continues to shape how Spaniards shop.
It’s perhaps due to this unique backstory that many people in Spain now refer to Valentine’s Day as ‘el Día de El Corte Inglés’ (Day of Corte Inglés).
Don’t let this fool you though, when it comes to Valentine’s Day, Spaniards go all out.
According to Statistica, Spain topped the list in 2018, spending more on Valentine’s Day gifts than any other country in the world.
In 2021, Spanish people spent an average of €67 on Valentine’s gifts, ranking them the ninth biggest spender in the world.

How ‘Lovers’ Day’ is Celebrated across Spain

February 14 may be Valentine’s in Spain, but it isn’t the only day when cupid shoots his arrows.
In some parts of Spain, the ‘Día de los Enamorados’ (Lovers’ Day) is celebrated at distinct times of the year and with unique traditions.

The Roses and Books of Saint Jordi, Catalonia

In Catalonia on April 23, there is a celebration in honour of the patron saint Saint Jordi (Saint George).
This special day in the Catalonian calendar is also hailed as a day for lovers.
It’s also the reason behind the Catalan saying “A rose for love and a book forever”.
Couples and loved ones mark the occasion by gifting each other roses or books.
To this day, the streets of Catalonia (particularly las Ramblas, Barcelona) are packed with street vendors selling flowers, books, and other trinkets.
Bookstores organize book readings, performers take to the streets to wow the crowds, and the Palau de la Generalitat opens its doors to the public.

October 9 is a big day in the province of Valencia.
Not only does it mark the Day of the Autonomous Region of Valencia, but it is also the day of Saint Dionysius.
Now a public holiday, it is celebrated with costume parades and festivities in main squares across the region.
In honour of Saint Dionysius, the patron saint of Valencian lovers, the people of Valencia celebrate “mocadora”.
Dating back to the 16th century, this tradition was prompted when Philip V of Spain banned the celebration of James I.
Upon hearing this, the guild of Valencian confectioners responded by making small marzipan cakes in the shape of male and female genitals known as ‘piruleta’ and ‘tronador’.
Local men began to give these sweets to their sweethearts and took to hiding the sweets in their handkerchief (which is called a ‘mocador’ in Valencian).
Legend has it that the lucky recipient must keep the handkerchief to prove how long they have been with their beloved.
As the custom took off, it became known as the ‘mocadorà’.

The Love Locks in Sevilla

If you have ever strolled across the Milvio Bridge in Rome or the Pont des Arts in Paris, you may be familiar with love locks.
This dreamily romantic tradition originated in Rome.
In honour of their everlasting love, couples engrave their names (or initials) on a padlock, lock it onto the Milvio Bridge and toss the key into the Tiber River.
This romantic custom spread across the world, making it to the Triana Bridge in Sevilla.
Lovers fix their padlocks onto the bridge and cast the key into the Guadalquivir River.
Romantic as it may be, local governments have pleaded with starcrossed lovers to find another way to declare their undying love for each other.
The padlocks impact the structural integrity of the bridges and the keys pollute local rivers.
Perhaps it’s best to stick to a nice box of chocolates.

The best places to spend Valentine´s Day in Spain

If you’re looking for the perfect place to spend Valentine’s in Spain, we’ve got you covered. From stunning sunsets to gorgeous greenery, these ten locations are sure to get you in the mood for love.

Granada may just be the perfect Valentine’s Day destination.
Granada in February is chilly but sunny so wrap up warm and stroll hand-in-hand through the quaint cobbled streets.
Towering above the city against a backdrop of jagged snowy peaks is the Alhambra Palace.
For a Valentine’s weekend to remember, book a sunset tour of the Alhambra Palace. You won’t be disappointed.
After the tour, stop off for free tapas, sip a hot tea in one of the many teahouses in the Moorish Albaicin neighbourhood, or enjoy a flamenco show in the caves of Sacramonte.
Granada is overflowing with top-class restaurants and bars where you can round the weekend off with a delicious meal and a couple of drinks.

Madrid is overflowing with incredible parks and gardens that beg to be walked around hand-in-hand.
There are plenty of ways to have a memorable Valentine’s in Spain’s capital.
Perhaps the most famous park in Madrid is El Retiro park, situated near the opulent Salamanca neighbourhood.
Spend an afternoon exploring the perfectly coiffed park and take a ride on a rowboat around the lake.
Just a short walk from Plaza España you’ll find the Temple of Debod. Donated to Spain by the Egyptian government, the temple offers the best sunset views in Madrid.
Bring a blanket and some champagne to enjoy the views with style. They may call New York the city that never sleeps, but Madrid gives it a run for its money.
No trip to the Spanish capital is complete without dinner and drinks in the city centre, followed by a trip to the theatre.
For the ultimate lavish experience, visit the rooftop of the Circulo de Bellas Artes for a drink with a view.

There’s just something about Sevilla.
Get lost in the winding alleyways, wander through the town squares, marvel at the Moorish architecture, or take a horse-drawn carriage around the city for the ultimate romantic experience.
Sevilla has some of the most beautiful parks in Spain, such as Parque María Luisa, perfect for an intimate picnic.
Cap off the evening in style by watching the sunset over the Puente de Isabel II and taking a midnight stroll along the riverside.
For a truly picture-perfect Valentine’s in Spain, take that someone special to see the love locks on the stunning Triana Bridge.

The gorgeous city of Malaga has an abundance of romantic experiences for loved-up couples hoping for a special Valentine’s in Spain.
Malaga is hiving with stellar restaurants, live music venues, and intimate bars to make your Valentine’s Day a special one.
Enjoy spectacular views of the city from the Alcazaba, stroll around the luscious botanic gardens, or head down to the port for dinner and drinks. Malaga is a city to get lost in.
If you still haven’t found that perfect Valentine’s gift, make a trip to La Calle Larios. Paved in marble with stunning architecture, this main shopping street is a sight to behold.

Don’t despair if romance isn’t your thing. There’s a day to celebrate being not in love too.
Spain, like many other parts of the world, is quickly embracing a new holiday; Single’s Day (‘El Día de los Solteros’).
This relatively new holiday celebrates the single life.
While the Chinese choose to celebrate on November 11 (11/11) because the 1 is the loneliest number, Spain opted to mark the occasion on February 13, the day before Valentine’s Day.

Brimming with charm, romance, and mystique, Spain is home to an abundance of alluring locations for a surprise Valentine’s Day trip to remember.
This year, why not whisk your partner away to enjoy Valentine’s in Spain.
As they say in Spain, ‘¡Feliz Dia de San Valentin!’ (Happy Valentine’s Day!).