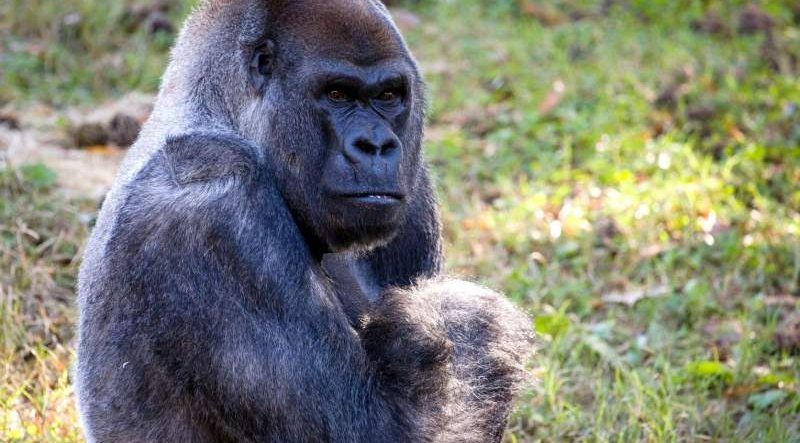 OZZIE, the world’s oldest male gorilla and third-oldest in the world, dies aged 61 in Georgia, US, on Tuesday, January 25, Zoo Atlanta confirms.
Raymond B King, the zoo’s president and chief executive, said: “This is a devastating loss for Zoo Atlanta. While we knew this time would come someday, that inevitability does nothing to stem the deep sadness we feel at losing a legend.
“Ozzie’s life’s contributions are indelible, in the generations of individuals he leaves behind in the gorilla population and in the world’s body of knowledge in the care of his species.
“Our thoughts are with his care team, who have lost a part of their lives and a part of their hearts.”
Ozzie, who fathered 12 gorillas at the zoo and was described as a “terrific father”, is said to have lost his appetite since last week and the zoo’s care team were desperately trying to encourage him to eat and drink.
However, over the last 24 hours, he had been treated for facial swelling, weakness and an inability to eat or drink, the zoo said.
Ozzie, who weighed 350 pounds, arrived at the zoo in 1988 and was the third oldest gorilla in the world. The oldest living gorilla is Fatou, who celebrated her 64th birthday last year at the Berlin zoo. Helen, at the Louisville Zoo, turned 63 on January 1.
A necropsy, or the non-human equivalent of an autopsy, will be performed through the Zoo’s partnership with the University of Georgia Zoo and Exotic Animal Pathology Service in the College of Veterinary Medicine.
Ozzie was one of 13 gorillas at Zoo Atlanta who tested positive for Covid-19 last year. It is believed that the apes contracted the virus from a fully vaccinated zoo worker who had been wearing protective equipment.
Ozzie is survived by daughter Kuchi; sons Kekla, Stadi, and Charlie; granddaughter Lulu; great-granddaughter Andi, and great-grandson Floyd, all of whom live at Zoo Atlanta. His legacy also includes children, grandchildren, and great-grandchildren living at other accredited zoos in the US and Canada.

Originally from the UK, Matthew is based on the Costa Blanca and is a web reporter for The Euro Weekly News covering international and Spanish national news. Got a news story you want to share? Then get in touch at [email protected]ews.com.