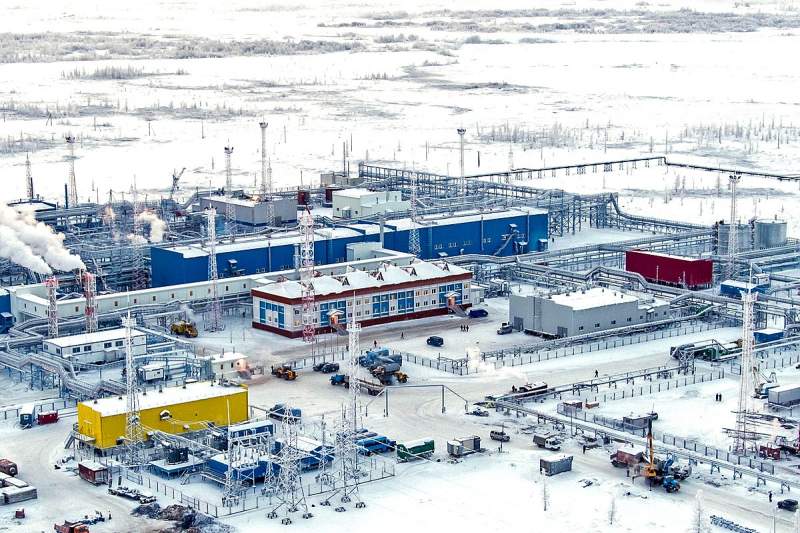 Government.ru, CC BY 3.0 , via Wikimedia Commons

One out of every four European homes are heated by gas that travels through Ukraine, meaning that a cut to the supply would leave half of Europe without heating in the middle of winter.
The European Union is one of Gazprom’s main clients. The Russian energy giant sells 35% of its gas to European countries: one out of every four European homes is heated by the Russian gas that passes through Ukraine.
In 2021, Gazprom extracted 514,800 million cubic metres of gas and made 20,674 million dollars by September. Natural gas is the crown jewel of the economy of Russia, a country that has been trying to find a way out of its mutual dependence with Europe.
In 2021, Russia began to turn to China as an alternative to its dependence on the European Union. Last May, Gazprom signed an agreement with the Asian giant. Under the watchful gaze of Vladimir Putin and the Chinese president, Xi Jinping, an agreement was signed by Alexey Miller, the CEO of Gazprom, and the president of the China National Petroleum Corporation, Zhou Jiping. In the agreement, China committed to buying Russian gas for the next 30 years.
Russia has used these commercial relations as a geopolitical weapon to try to destabilise Brussels by prioritising the supply to China via the Power of Siberia gas pipeline over the supply to Europe.
“Russia using gas as a political weapon is nothing new,” stated Gonzalo Escribano, director of the Energy and Climate Programme at the Elcano Royal Institute.
In fact, Putin cut the supply of gas through Ukraine in 2009, forcing Europe to endure a particularly extreme winter. This affected 18 countries and made Europe’s huge dependence on Russia evident. The worst effects were felt in countries such as Bulgaria, Hungary and Romania, but were also felt in western Europe, in countries such as France, Italy, Austria and Germany.
This made Europe look for ways to become independent from Putin, but today, 13 years later, Europe is on the brink of a similar situation. “There are not many alternatives to Russian gas,” stated Escribano.
Liquefied natural gas (LNG) from the United States or countries such as Qatar or Nigeria, seems to be the only way to become less dependent on Russia.
________________________________________________________________________
Thank you for taking the time to read this article, do remember to come back and check The Euro Weekly News website for all your up-to-date local and international news stories and remember, you can also follow us on Facebook and Instagram.