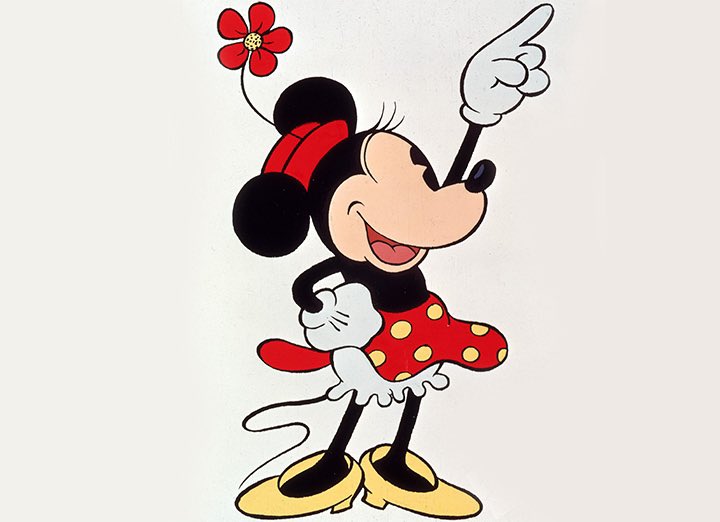 FAMED for its iconic characters, Disney has given one of its most famous characters, Minnie Mouse, a new look, which has led to some backlash from social media users and media personalities.
In fact, Candace Owens went as far as saying that Disney “are destroying the fabric of our society.” “They’re making her more masculine,” she said on Jesse Watters Primetime.
The new updated image for the mouse, who is the love interest of more famous and iconic character, Mickey Mouse, sees her ditch her customary pink polka dot dress for a blue pantsuit.
For almost 94 years, Minnie has donned the famous pink dress, which moved from the original version of being a skirt with no top half to being a dress, but thanks to British designer Stella McCartney, the character is now more “progressive”.

Stella McCartney, who created the new look for the upcoming celebration of Disneyland Paris’ 30th anniversary and International Women’s Day, was chosen for the project because of “her legacy of female leadership,” as well as her commitment to sustainability, according to a press statement.

“I wanted Minnie to wear her very first pantsuit at Disneyland Paris, so I have designed one of my iconic costumes – a blue tuxedo – using responsibly sourced fabrics,” Stella said in a statement.

“This new take on her signature polka dots makes Minnie Mouse a symbol of progress for a new generation.”

The designer said that Minnie has always had a ‘special place in her heart’ since they share the ‘same values.’

“I am delighted to be working with the one, the only, the iconic Minnie Mouse,” she continued.

“Minnie has always had a special place in my heart. We share the same values.

“What I love about Minnie is the fact that she embodies happiness, self-expression, and authenticity, and that she inspires people of all ages around the world. Plus, she has such great style.”

However, many users on social media joined Candace Owens’ views, with many likening the new look to that of former United States Secretary of State, Hillary Clinton.

“I was never a Disney mascot fan but WTF?’ someone else said. “A covert Hillary homage or just woke pandering run amok.

“What’s next, will she transition into a Michael so Mickey can full express himself?”