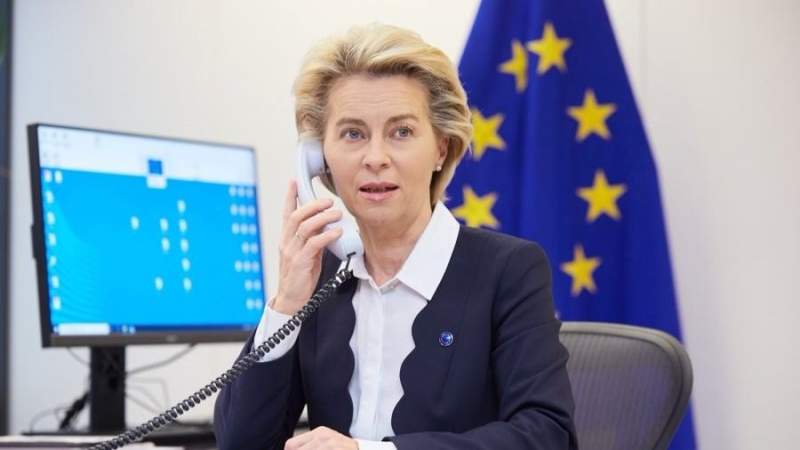 An official EU watchdog has slammed Ursula von der Leyen for keeping secret text messages with Pfizer’s CEO about purchasing Covid vaccine doses, saying it ‘constituted maladministration’.
The Eu Ombudsman, Emily O’Reilly, has issued a formal recommendation telling von der Leyen’s office to search for the texts and hand them over. She has pushed for this motion after a freedom of information request was lodged by a journalist and never satisfied.
In April last year, The New York Times revealed that the EU Commission President Ursula von der Leyen and the CEO of Pfizer Albert Bourla had exchanged private texts and calls about procuring vaccines for the bloc.
The scoop revealed that von der Leyen used “personal diplomacy” to secure deals for 1.8 billion shots via texts with the pharma boss. Journalist Alexander Fanta of news site netzpolitik.org then asked the commission for access to the messages. This access was never granted.
The commission denied the freedom of information request and refused to say whether the texts existed, even though the president had referred to them in media interviews previously. The commission claimed the only information they had was an email, a letter and a press release.
“This falls short of reasonable expectations of transparency and administrative standards in the commission,” O’Reilly said of the von der Leyen texts. “When it comes to the right of public access to EU documents, it is the content of the document that matters and not the device or form. If text messages concern EU policies and decisions, they should be treated as EU documents. The EU administration needs to update its document recording practices to reflect this reality.”
The commission argued that a text message “is by nature a short-lived document which does not in principle contain important information concerning matters relating to policies, activities and decisions of the commission”.
The commission refuses to divulge key aspects of its contracts with Covid vaccine suppliers, notably on pricing, citing commercial confidentiality.