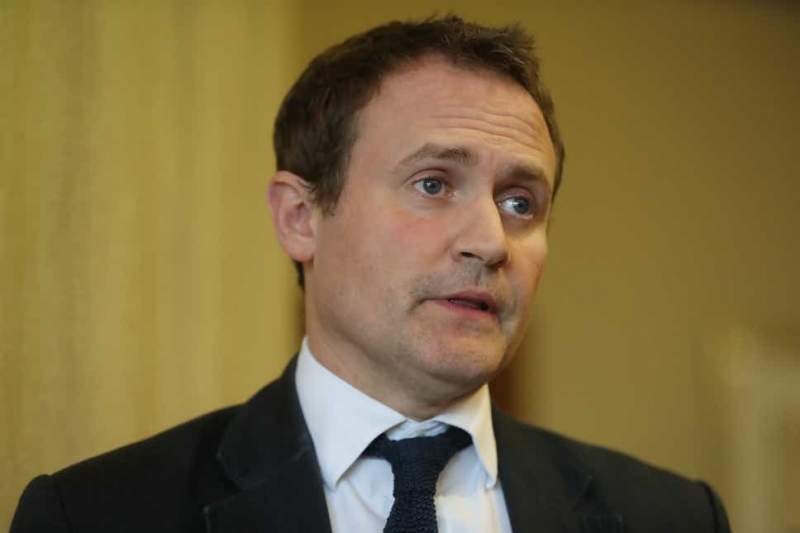 Backbench Conservative MP, Tom Tugendhat, the ex-soldier and Foreign Affairs Select Committee chairman, has given a hint at a leadership bid if Prime Minister Boris Johnson is ousted.
The comments come as the senior civil servant Sue Gray is expected to deliver her report to Downing Street officials. The MP is the first to given a clear indication that he would make a bid, up until now Chancellor Rishi Sunak or Foreign Secretary Liz Truss had been considered frontrunners for the top job.
The Daily Mail reported that many centrist Tories are backing ex-soldier Tom Tugendhat.
MPs believe the Foreign Affairs Committee (FAC) chairman represents the “best chance for a fresh start”, the paper said.
Mr Tugendhat, who is MP for Tonbridge and Malling, told Times Radio: “I think I’m making it pretty clear that I think that it’s up to all of us to put ourselves forward.
“And it’s up to the electorate, in the first case parliamentary colleagues, and in the second case the party, to choose.
“I think it’s a position of absolute integrity to say that of course you should offer yourself to the electorate if you think you can do it.
“Of course you should talk to colleagues and see if you can get a group together, and if you can get a group together you should go for it.
“Now I haven’t been canvassing support so I don’t know if I’d be able to get the first group together – you’ve got to get a group first. But if you could, of course you should have a go.”
Tugendhat  on becoming Prime Minister, added: “It would be a huge privilege. It’s one of those questions that I know many people ask and some people, some of my colleagues, are coy about and I don’t understand why.
“I don’t think you should be embarrassed to want to serve your country.
“I was very proud to serve my country in the armed forces and I got to the highest rank I could so that I could have the best effect that I could. And I was very proud to serve as a diplomat around the world.”
Mr Tugendhat has been critical of the Government’s handling of the UK withdrawal from Afghanistan, saying there had been a “lack of leadership, urgency and adequate resourcing” in the evacuation from Kabul.
During an FAC session, he said: “The evidence we’ve heard today points to a lack of leadership, urgency and adequate resourcing.
“It is deeply painful how badly we have let Afghanistan down.”
With the report imminent, a police investigation ongoing and the detractors circling, the hint from the backbencher at a leadership bid is perhaps the clearest sign that Johnson’s time may be limited.