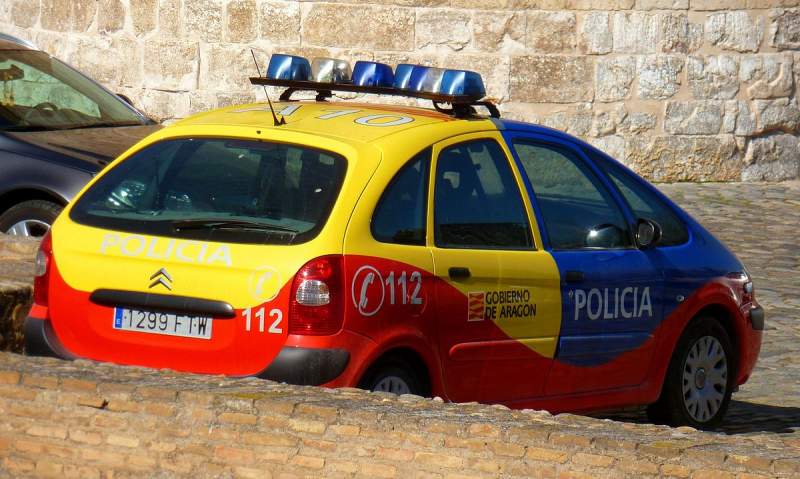 In an unusual incident possibly related to a dispute between rival gangs, a kidnap victim in Zaragoza managed to lead his captors to the police station, where they were arrested.
A young man who entered the DNI office at a police station in Zaragoza on Friday, 28 January, reported that he had been kidnapped for days, suffering extortion and threats, from the person who accompanied him into the office and two others, who were waiting outside. The kidnappers were two men, one of whom was underage, and a woman.
The victim made his captors believe that his identity card was being kept at the police station and he needed to collect it.
The kidnapper was arrested instantly, as were the other two soon after, as soon as they entered the DNI office.
The alleged kidnappers offered no resistance when they were arrested. The doors were locked at the time to prevent other people who wished to renew their identity documents from entering.
The criminals may be linked to the Latin American gang Black Panthers, rivals of Dominicans Don’t Play. The gangs have recently been involved in brutal fights in Zaragoza and are often involved in drug-trafficking disputes which lead to violence.
The incident occurred at around 11:00 a.m. The victim managed to get away from the kidnapper who was with him and approached one of the police officers, according to El Periódico de Aragón. He urgently begged for immediate help, telling the officer that he had been kidnapped several days beforehand and they were threatening him and extorting him.
The police officer then alerted his colleagues, who immediately arrested the three criminals, two Spanish adults and a Romanian minor. Investigations by the Aragon Police suggest that the kidnapping was related to a dispute between the aforementioned Latin American gangs over a drug-trafficking debt.
________________________________________________________________________
Thank you for taking the time to read this article, do remember to come back and check The Euro Weekly News website for all your up-to-date local and international news stories and remember, you can also follow us on Facebook and Instagram.