A third star removes their music from Spotify 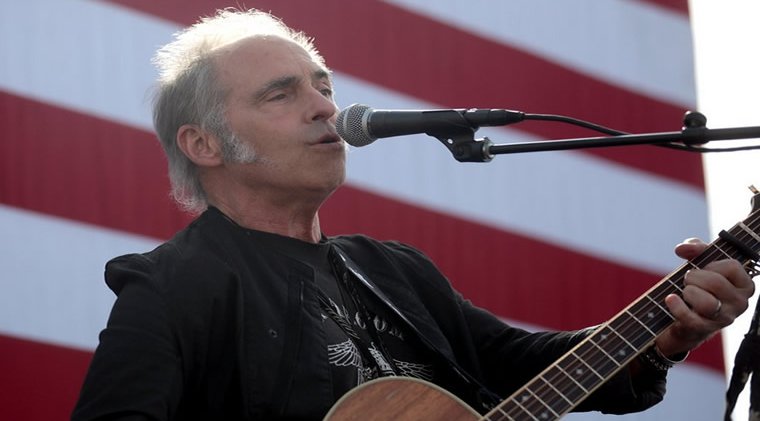 Another musician has removed their music catalogue from the Spotify platform. On Saturday, January 29, the 70-year-old recording star, Nils Lofgren, announced that he is following the lead of Neil Young and Joni Mitchell in leaving Spotify.

These artistes have all made the move in protest at Spotify’s continued use as a platform for stand-up comedian Joe Rogan to spread what they describe as ‘vaccine misinformation’.

Lofgren, with a 27-year recording career behind him, has been playing in Neil Young’s Crazy Horse band on and off, and is also working as Bruce Springsteen‘s guitarist.

In a statement, Lofgren said, “A few days ago, my wife Amy and I became aware of Neil and Daryl Hannah standing with hundreds of health care professionals, scientists, doctors, and nurses, in calling out Spotify for promoting lies and misinformation that are hurting and killing people”.

“When these heroic women and men, who’ve spent their lives healing and saving ours, cry out for help, you don’t turn your back on them for money and power. You listen and stand with them”, he stressed. He added that he has “now gotten the last 27 years of my music taken off Spotify”, and would be requesting his previous record companies to also remove his earlier work.

“Neil and I go back 53 years. [Wife] Amy [Aiello] and I are honored and blessed to call Neil and Daryl friends, and knew standing with them was the right choice”, said the star.

Adding, “We encourage all musicians, artists, and music lovers everywhere, to stand with us all, and cut ties with Spotify. Music is our planet’s sacred weapon, uniting and healing billions of souls every day. Pick up your sword and start swinging”.

It was the 76-year-old Canadian rocker, Neil Young, who initiated the action against Spotify when he removed his music last Wednesday 26. In 2016, the music platform signed an exclusive $100m (€89.7m) deal to host the popular ‘The Joe Rogan Experience’ podcast.

Young had written, “With an estimated 11 million listeners per episode, JRE [Joe Rogan Experience], which is hosted exclusively on Spotify, is the world’s largest podcast and has tremendous influence. Spotify has a responsibility to mitigate the spread of misinformation on its platform, though the company presently has no misinformation policy”.

He continued, “I want you to let Spotify know immediately TODAY that I want all my music off their platform … They can have Rogan or Young. Not both. I am doing this because Spotify is spreading fake information about vaccines – potentially causing death to those who believe the disinformation being spread by them”.

Singer-songwriter, Joni Mitchell, backed Young’s action by announcing yesterday, Saturday, 29, that she was also removing all of her songs from Spotify. Already today, Sunday 30, most of her major recordings were gone, and only a handful of her songs remained on the platform, as reported by dailymail.co.uk.