Brexit: Spanish authorities tell Brit expats to ‘Get a move on’ 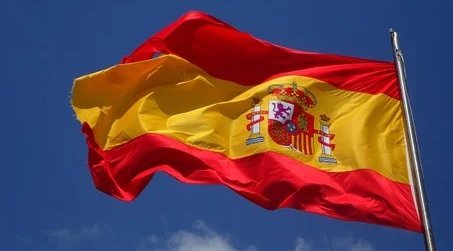 Brexit: Spanish authorities tell Brit expats to ‘Get a move on.’ Some expats have been living in Spain for many years and have still not applied for residency.
Over the last few months, fewer British expats have been applying for residency post-Brexit. The Specialised Committee on Citizens’ Rights has released a study showing the latest data. Since non-EU TIE residency cards began being issued to British nationals around 180,000 Brits have received their cards. The report though points out that this is less than half the Brits that are thought to be living in Spain.
Darren Parmenter, a British councillor in Spain has said that the Spanish authorities are calling on Brits to step up and get their paperwork sorted. He also revealed that rules are now being enforced regarding how long people can stay in Spain without having the correct paperwork.
Speaking to The Express Parmenter commented: “My understanding is that the Spanish authorities have actually been quite surprised at the number of people that have waited until 2021 to apply for residency.
“They have actually been living here and are proving they are living here for sometimes, five, 10, 15 years.
“And they’re questioning, ‘well, why have you left in so long?’
“Because the rules have always been, since 2007, anyone of any non-Spanish nationality that wants to live in Spain for more than three months was required to apply for a Spanish residency.”
Parmenter had been attending a meeting with the British consul, vice-consul and residency advisers from Association Babelia. During the meeting, the two types of TIE residency cards available to Brits were discussed.
Parmenter went on to comment on Brits that had not regularised their situation in Spain despite having lived there for many years.
He commented: “The meeting emphasised the situation of people that have been living here for some years without residency and those that do come under the terms of the Withdrawal Agreement.
“In other words, they conclude that they were living here before the end of last year.
“Basically, ‘Get a move on’, get that residency process carried out.
“The longer it goes on, the harder it might be to actually be accepted for residency.”
Parmenter exposed how previously unenforced rules are now being enforced. He commented: “People can say that it wasn’t monitored or it wasn’t controlled before Brexit.
“Now it is being controlled because of a passport being stamped or not stamped.
“That’s when people now are sticking to the limits of the three months that they’re allowed, whereas beforehand, the laws weren’t being enforced for whatever reason.”
Despite still being legally valid, Brits with old-style residency permits are being encouraged to swap over to the new style TIE card for the sake of simplicity.