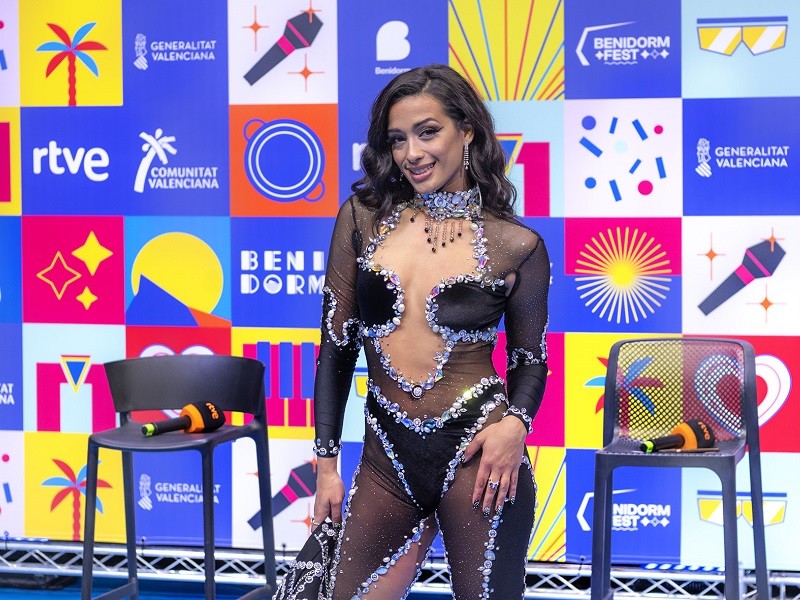 The winner of the Benidorm Fest, Chanel Terrero will be the Spain representative at Eurovision 2022, to be held in Turin at what will be the 66th edition of the competition.
Ms Terrero, actor and dancer, has appeared in many well-known shows including Nine and The Lion King. Born in Cuba she moved to Spain at the age of three with her mom and her partner, growing up in the town of Olesa de Montserrat (Barcelona).
“I practically come from another world. I promise to give the show at Eurovision my best and to come first”, were her first words after winning the final of the gala broadcast by La 1 de Televisión Española. Later, at a press conference, the artist commented that, among all her other worlds, she was referring mainly to her career in musical theatre.
Her song SloMo was amongst the favourites but her semi-final performance is what did it, oushing her past the favourites Rigoberta Bandini and Tanxugueiras, who have finished in second and third position, respectively.
Xeinn the , Gonzalo Hermida (who could not participate live due to having tested positive for Covid-19 and both in the final and in the semi-final official video of her song) and Blanca Paloma.
The decision of the winner was made by a voting system that was divided 50/50 between a professional jury and the popular vote. The first was made up of the singer and actress Natalia Calderón, the choreographer Miryam Benedited, the singer and inspector of the RTVE orchestra and choir Estefanía García, the director of music videos Marvin Dietmann and the head of the Icelandic delegation for Eurovision Felix Bergsson.
As for the popular vote, it was distributed between 25% for a demographic jury, made up of a sample of 350 people representing the Spanish population, and 25% from televoting, with the calls and SMS from the spectators of the gala . RTVE has received more than 1,000 messages per second in the minutes that it has kept the lines open, the public entity has assured.
Of the three juries, Chanel only prevailed in the professional vote, which gave her the maximum score (51 points). The division of the vote of her rivals in the other two juries allowed her to win. Tanxugueiras won in the two sections of the popular jury (30 votes in each case), but this was insufficient in the end. Chanel received a total of 96 votes, compared to 91 for Bandini and 90 for the Galician trio. The singer herself has not been able to avoid the joke that has been hanging around her for days: “Europe smells like Chanel”, she told the press, already at dawn. “There is nothing about this challenge that gives me vertigo.”
Give Chanel Terrero a listen, her song SloMo will represent Spain at Eurovision 2022 and she can do with the full support of the nation. At the same time spare a thought for the runners-up.