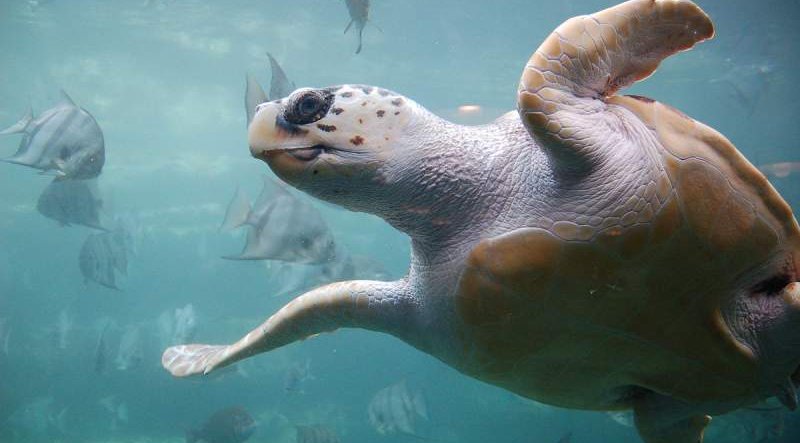 ukanda, CC BY 2.0 , via Wikimedia Commons

The association Eucrante has tracked the journeys of five turtles over the course of three months over thousands of miles after they were released from a beach in Marbella.

Last October, Ana, Marina, Flor, Alfonsina and Eucrante began a long journey that would take them over thousands of kilometres in the Mediterranean Sea. They soon became separated, each taking their own path. Over the past three and a half months, they have travelled along the coasts of Morocco, Algeria, Tunisia, Libya, Sardinia and Sicily.

These five aquatic explorers are loggerhead sea turtles, born on Cabopino beach in Marbella at the end of summer 2020. Ana, Marina, Flor, Alfonsina and Eucrante were fitted with a satellite tracking device and, along with their siblings, put back in the sea in October 2021 after spending a year maturing at the Andalucian Marine Environment Management Centre (CEGMA) in Algeciras.

“During their first year they were part of a ‘head-starting’ programme, which consists of keeping them in captivity during the period when they are most vulnerable to external threats in order to release them in the best health possible and increase their chances of survival”, explained Blanca Feliu Tena, from Eucrante, to El Periódico de Marbella.

The initiative was funded by the Biodiversity Foundation from the Ministry for the Ecological Transition and the Demographic Challenge. Eucrante, an NGO for the conservation of the marine environment, placed the satellite tracking system on the turtles.

Eucrante only lost track of one of the turtles, Flor. “During the first few days we had signals from her, which meant she was alive, but the signals were not of high enough quality to allow us to calculate her position”, explained the association.

Alfonsina and Eucrante remained quite close to Algeria, opposite the coasts of Murcia. Ana headed for the African coast, travelling in strange loops until emitting her final signal on December 27 in a position between Tunisia, Sardinia and Sicily.

Marina crossed the entire western Mediterranean, went up to Sardinia before travelling to Tunisia and is currently heading south and is very close to the coast of Libya.

The satellite tracking devices send signals when the turtle is out of the water, allowing its location to be calculated. They are adapted to the size and weight of each animal. The association estimates that they will be able to emit signals for around six months, although the device may stop functioning if the turtle moves into a zone where it cannot be tracked or if it dies, which is what happened to Flor.