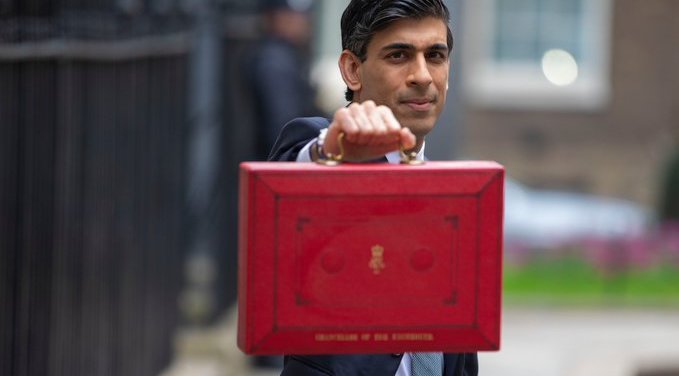 The Chancellor of the Exchequer, Rishi Sunak, is to close the work from home tax loophole that allowed employees to work from home if they had been forced to during the pandemic.
According to reports the loophole cost the treasury £500 million as Britons have been able to claim £6 a week in tax relief but HM Revenue and Customs is now reviewing the rule due to a rise in claims.
At the start of the pandemic, the fee rose from £4 a week to £6 with workers eligible if they had been told to work from home at any point during the year. Claims could also be backdated, meaning anyone who has worked from home due to Covid-19 could be entitled to a two-year pay-out of up to £250.
Prior to the pandemic the tax relief had cost the Treasury £2 million a year.
According to The Telegraph, a report is now being compiled which will alter the parameters of who can claim the tax relief in order to cut costs.
A Treasury source said: “This is a tax relief that existed before Covid and it was there for legitimate reasons, but the take-up is now much higher so it needs to be looked at.”
An HMRC spokesman added: “Tax relief for working from home is there to help people with the additional household costs of having to work from home. It has been a key form of government support for millions of workers during the pandemic.”
The scheme had been due to run out in April 2021 but was extended for a further 12 months.
HMRC said 4.9 million successful claims for the tax break had been made since March 2020.
Despite the Government’s push to get Brits back to the office, the Office for National Statistics reported that one in four adults, 13.4 million people, were working from home in the seven days to January 16, 2022.
Many are critical of the statement saying this is not a ‘loophole’ but rather a legitimate entitlement, with many unhappy with the money they believe the government wasted during the same period.