Germany: Suspects in police shooting had been poaching 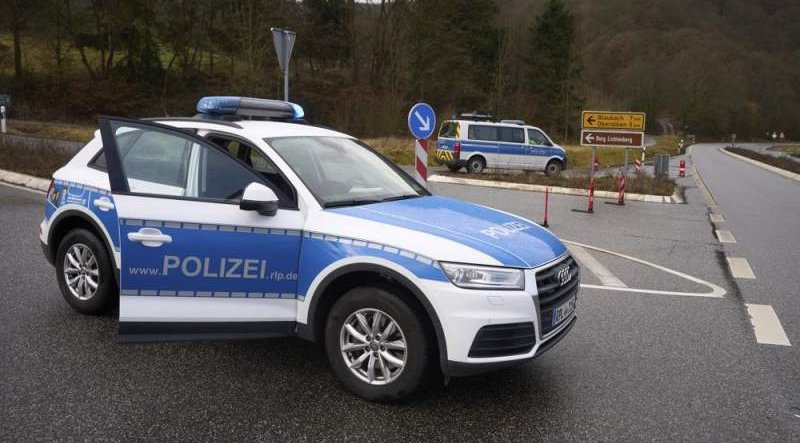 Investigators have today said that the suspects arrested in the shooting of the two police officers in Germany on Monday had been poaching, and had apparently opened fire with hunting weapons when they were caught.
The police apparently stopped to investigate and found the suspects with poached wild animals in their vehicle.
Fatal attacks like this one are in Germany, Monday’s shooting near Kusel shocking officials and the general public.
The poachers gunned down a 29-year-old male officer and a 24-year-old female colleague who was still attending a police academy were killed. Both were shot in the head.
The two men were arrested on Monday afternoon in Sulzbach, about 37 kilometres (over 20 miles) from the scene of the shooting. A judge on Tuesday ordered them to be kept in custody on suspicion of murder pending a possible indictment, Prosecutor Stefan Orthen said at a news conference in Kaiserslautern.
At around 4:20 a.m. Monday, the two officers radioed that they had found “dubious people” on their patrol and “the whole trunk was full of wild animals,” police official Heiner Schmolzi said. They asked for reinforcements, then shortly afterward radioed: “Come quickly, they’re shooting.”
Shots were then heard. Reinforcements arrived 10 minutes later found one officer dead and the other seriously injured.
The main suspect’s driving license and a national ID card were found at the scene and the 38-year-old was tracked down and arrested hours later. Authorities also found the other suspect, age 32, and the van with a loading area full of dead animals.
Investigators believe that the suspects used at least two weapons, a shotgun and a hunting rifle, and that both shot at the police officers. Orthen said they believe that “this killing of the two police officers served to cover up the poaching that preceded it.”
The suspects’ finances apparently were “anything but orderly” and their social position “rather fragile” with investigators saying that they will need to explore the motive further. They are still looking into whether the suspects had firearms licenses.
Neither suspect has a previous conviction, officials said. However, one was known to authorities for suspected poaching and fleeing the scene of an accident; and the other for suspected fraud.
The 38-year-old suspect hasn’t given any information, Orthen said. The 32-year-old one has told investigators that the suspects were poaching and gave an account of the traffic stop and the shooting, but has denied firing any shots himself.