Air hostess drove to A&E after downing bottle of rosé 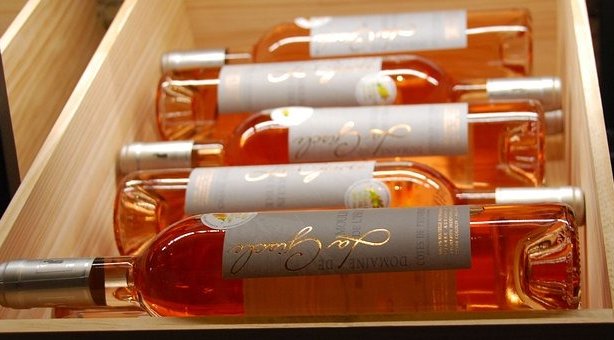 Air hostess drove to A&E after downing a bottle of rosé, she was suffering from a head injury at the time.
Private air hostess Claudia Kinsey, 36, suffered a head injury when was dancing at home with her boyfriend. She had fallen and hit her head on the fireplace. She had already downed a bottle of rosé and decided that she would drive herself to the hospital. Claudia was almost 3 times over the limit.
Claudia believed that no ambulances would be available due to the ongoing coronavirus pandemic. She has now been cleared of all wrongdoing.
The air hostess was found not guilty of the charges against her after a Doctor said that her actions were ‘appropriate’ due to the nature of her injuries. The doctor also commented on the NHS guidance for calling ambulances during the pandemic.
Speaking at the hearing Claudia said: “It was Carl’s birthday and we got dressed up and had a tapas evening and a few drinks. We then moved into the study, we were dancing and I slipped as I had tights on. There is a fire place with very sharp edges and I hit the back of my head on it.
“I then panicked as there was blood on the floor and all over my face. Carl went to get a tea towel and I told him to get the first aid kit which was in the boot of his car.
“As he opened the door, our dog ran out. We live in the country with open fields so I was worried the dog would get lost and she means everything to me.
“Carl could not have driven as he had a lot more to drink than I did and he was looking for the dog in any event. I am medically trained so my first thought was to seek medical assistance straight away as it was a head injury.
“There was so much blood, I thought I needed someone to look at it and I just wanted to get to the hospital as fast as possible.
”I did not know the neighbours and I did not call 999 as I thought it would have taken a long time for an ambulance to get there and I did not want to trouble them.
“I thought the guidance was not to call 999 because of Covid and ours is not an easy property to find in any event and we had not used taxis before at that property.”
Claudia added: ”When it is your own head, it is frightening and I drove straight to the hospital as I live a ten-minute drive away.
“I thought a taxi would have taken far too long and they wouldn’t have taken me anyway with all of the blood and sometimes there is no phone signal.
”I was dealt with by the nurse and thankfully the injury was not severe but she was concerned because I smelt of alcohol. She asked if I had driven there. I said I had and that I had drank alcohol.
“I then gave over my car keys. I cannot explain to you how scared I was. I thought I was going to die. I did not want to go to sleep. I weighed up all of my options in a split second.”
Claudia told the hearing how she had been drinking before she drove. She commented: “I did have a bottle of wine to drink and at the time had been on a very strict diet. But I felt 3/10 drunk and that the hit to my head sobered me up. I thought I was going to die.
”I knew an ambulance would have taken a long time. I did not want to bother the ambulance service because of COVID. I did not want them to come to me instead of someone else.
”Covid was rife at the time and ambulances were under so much pressure, I did not want to bother them. I made no attempts to phone 999, neither did my partner.
“I know it may sound silly, but I was in a panic. We had only moved to the house the week before and the garden was not fenced. I needed to get to the hospital because I needed help.
“I thought it was the right thing to do. I have never been in trouble before and never even had a parking ticket.”
Speaking to Claudia JP Pauline McCardle said: “The defendant was impelled to react how she did because she had cause to belief that death or serious injury could result.
“She was aware of the government advice in not calling out ambulances and she did not know her neighbours. We find her actions were not unreasonable or disproportionate. In the agony of the moment a sober individual would have acted in the same way.”