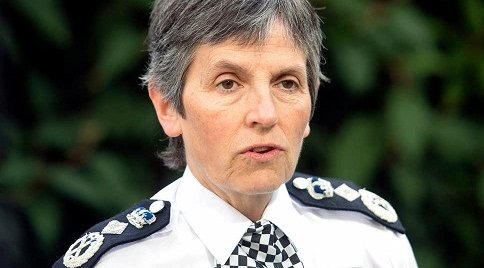 Sadiq Khan has put Metropolitan Police Commissioner Cressida Dick “on notice” over recent allegations of misogyny, racism and bullying within the Met.
Scotland Yard was on Tuesday handed 15 recommendations by the Independent Office for Police Conduct following a report into “disgraceful” misconduct by officers at Charing Cross Police Station.
The report uncovered disturbing WhatsApp messages between officers that included racist, homophobic and misogynistic language as well as “jokes” about rape and sexual violence.
The report is the latest in a long list of scandals to come out of the Met in the last 18 months. This has caused the “furious” mayor to schedule yet another urgent meeting with the police chief following much public backlash. While he cannot personally fire Cressida Dick as only the Home Secretary can do that, losing his support will be a huge blow to the commissioner.
On Wednesday evening, a City Hall source confirmed that Sadiq Khan had a “very frank discussion” with Cressida Dick that lasted “well over 90 minutes”.
A spokesperson for the Mayor of London said: “The Mayor made clear to the Commissioner how angry he is with a return to the bad days of the Met of his childhood in the 1970s and 80s, and that neither he nor Londoners will put up with this.
“He has put the Commissioner on notice. He said the Met needs to urgently show it has an effective plan for restoring the trust and confidence of Londoners in the police and to drive out the culture of racism, homophobia, bullying and misogyny which clearly still exists within its ranks.”
Just days ago, Sadiq Khan publicly defended his decision to back Cressida Dick’s reappointment as Met Commissioner and said that Home Secretary Priti Patel “was right” to extend her contract last year.
But pressure is now once again mounting on the UK’s most senior police officer to resign, with Priti Patel having blamed a “failure of leadership” within the Met for the disgraceful behaviour of officers.
The Home Secretary told the Home Affairs Select Committee this week that “we’ve seen now too many instances of the most appalling behaviours” and that it “shows a failure of leadership in some quarters”, as reported by the Evening Standard.