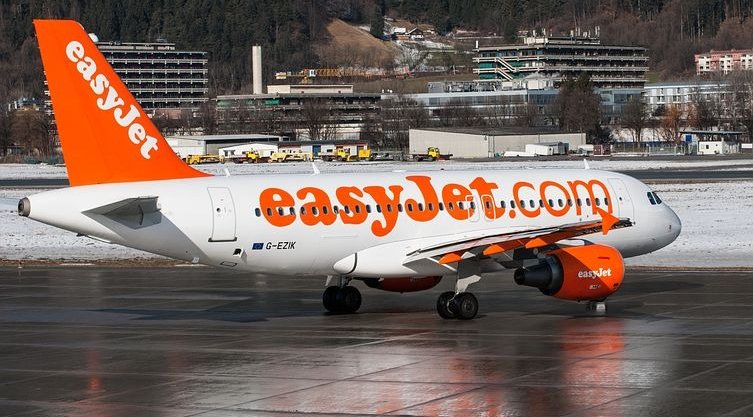 Drunk EasyJet passenger:  A bottle-throwing holidaymaker caused chaos as he became abusive.
EasyJet passenger Dominykas Donela had been heading back to the UK from Rhodes in Greece. He had been flying with his family and was so drunk that he was refused alcohol. He was reportedly arrested in the UK when he landed.
On Tuesday, February 1, 24-year-old Donela was prosecuted by Liverpool Magistrates Court. He had refused to wear a mask on the flight and had thrown a bottle at a flight attendant.
Prosecutor Nastassia McAdam commented: “He was arrested and when interviewed he accepted he had drunk four beers and a Tequila shot. He said he was six out of seven on a scale of drunkenness.
“He said he threw a bottle towards a bin and it knocked against a steward.”
Donela from Anfield has denied that he was abusive. He pleaded guilty to being drunk on the aircraft though and has been fined and ordered to pay other costs.
His lawyer commented: “He accepts he tossed a plastic bottle towards what he thought was a bin.
“He is remorseful and very concerned. He was with six or seven members of his family after a holiday in Greece.
“They are Lithuanian and he said in interview they did not like it because they were speaking in another language on the flight. He was drunk and accepted that from day one.”
An easyJet spokesperson commented on the incident which happened on September 1. The spokesperson said: “Whilst they are rare, easyJet takes incidents of disruptive behaviour very seriously. Our crew are trained to assess and evaluate all incidents and act quickly and appropriately.
“The safety and wellbeing of our customers and crew is our highest priority.”