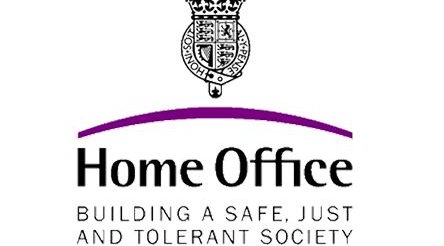 It has been revealed that the UK government is spending £1.2m a day on placing asylum seekers and refugees in hotels instead of long term housing. More than £438m a year is being spent on accommodating about 37,000 individuals who are claiming asylum or have been evacuated from Afghanistan according to a Home Office official.
Speaking to MPs on Wednesday, the department’s second permanent secretary, Tricia Hayes, said the costs were “now racking up at about £1.2m every single day”.
About 25,000 asylum seekers are currently being held in hotels across the UK, as well as 12,000 Afghan nationals who were evacuated to Britain following the Taliban takeover in August 2021.
Delays in the system caused by the pandemic have heavily increased the number of asylum seekers being placed into temporary locations and the government has not secured enough dispersal housing across the country, adding to the issue.
A report by the Refugee Council last May revealed that asylum seekers in hotels were being left without adequate shoes, clothing, food and healthcare, in what was condemned as “dehumanising” treatment.
Maddie Harris, the director of Human for Rights Network, which is supporting many of those in hotels, said to The Independent: “At huge expense to the taxpayer and to the health and wellbeing of tens of thousands of asylum seekers, private contractors are profiting from Home Office contracts to provide accommodation that is frequently unsafe, Covid-insecure and causes immense harm to the mental health of those living there.
“For 18 months, we have heard from hundreds of people that their children’s development is affected by months spent in overcrowded hotels with nowhere to play, how people have repeatedly gone without medical care as hotel staff block access, and that people are terrified to speak out about these and many other appalling experiences in these hotels.”
Meanwhile, following Operation Pitting, the mass evacuation of Kabul in August, the Home Office placed thousands of Afghans in hotels and has since only been able to find homes for about 4,000.
It emerged last September that thousands of asylum seekers would be held in hotels for an indefinite period, with local councils saying they have been left “in the dark” about how they can help. The lack of clarity is said to be causing “unnecessary worrying and anxiety” to Afghans.
Enver Solomon, the chief executive of the Refugee Council, said housing people in hotels was a “failed strategy that comes at an astronomical cost to the taxpayer.”
“We want to work with the government to urgently support people into suitable housing so they can start to rebuild their lives. This is about finding an effective solution that supports people, including granting them the right to work, not about quick fixes that make their lives even worse,” he said.
When asked during an evidence session with the Home Affairs Select Committee what support local councils receive when they offer homes for asylum seekers, Ms Hayes said the department was doing “a lot of work” to develop “new ways” of cooperating with councils.
She said this work “recognises the financial, as well as policy imperative of cutting the costs that we’re currently incurring in hotels, which [are] now racking up at about £1.2m every single day”.
“We’re optimistic that we’re going to be able to broker a new way of working with local government on how we manage these costs,” she added.