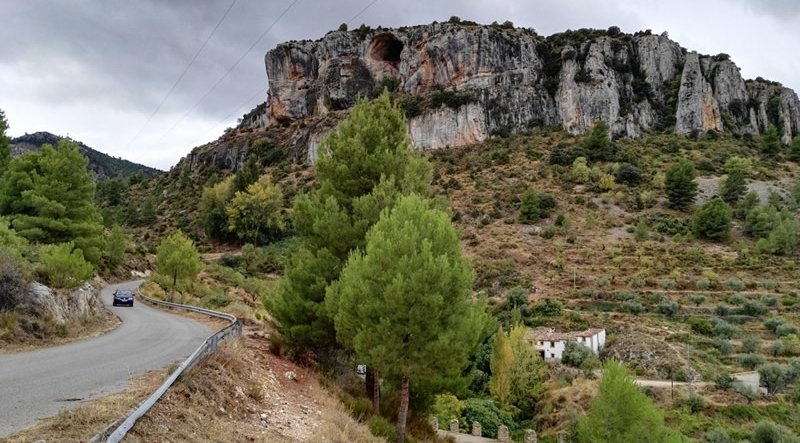 Driest month of January for two decades in Murcia

The State Meteorological Agency (AEMET) has confirmed that last January has been the sixth driest month of the 21st century in the region of Murcia. Specifically, January began with an anticyclone over the western Mediterranean, atmospheric stability, and maximum temperatures well above normal.
From those days of high temperatures, starting on January 4, a storm situation affected Murcia with a drop in temperature, strong winds from the west, and some rainfall.
Starting on the 7th, a powerful Atlantic anticyclone dominated the peninsula, returning stability to the region with rising temperatures. On the 9th, the anticyclone gave way to an Atlantic storm, whose front left some rain. and, behind it, strong winds from the west.
Subsequently, the anticyclone strengthened to the north of the peninsula, giving way to a situation of persistent easterly winds, with cool temperatures for the time, cloudiness, and some generally weak rainfall, especially between January 20 and 25.
During the last days of the month, the easterly winds abated, allowing a rise in temperature and clearer skies.
As AEMET points out, the day with the highest average temperature was January 10, with the lowest on days 19 and 20, although at the Murcia observatory, the average temperature from the period 1 to 4 was the warmest in its 38-year records.
The monthly average temperature for January was 8.9 ºC, with an anomaly of +0.3 ºC, above the average value, and a warm thermometric character. The average of the maximum temperatures, 14.8 ºC, had an anomaly of +1.0 ºC, and the average of the minimum temperatures, 3.0ºC, had an anomaly of -0.3 ºC.
In the evolution of the maximum temperatures, three warm episodes stood out, in which they exceeded 20 ºC in many observatories of the region. The first, continuing the trend of the highs at the end of December, was recorded from January 1 to 4. This even exceeded 25 ºC at stations such as Yecla, and Zarcilla de Ramos, with highs of 26.7 ºC, and 25.2 °C, on days 1 and 2, respectively.
The second episode was between days 9 and 10, and the third was from 30 to 31. On the other hand, the episode of abnormally low maximum temperatures between days 22 and 27.
Regarding minimum temperatures, the high values ​​were reached on the 10th, and the abnormally low minimums between the 14th and 21st, and between the 28th and 31st stood out.
In the Jumilla, Yecla, and Zarcilla de Ramos stations, the monthly average of the minimum temperatures has been the lowest of their respective data series, surpassing ephemeris.
The lowest average minimums were recorded on the 18th, and the monthly absolute minimum was -7.2 ºC, recorded in Los Royos, Caravaca, on the 19th. The most intense frosts were recorded from the 17th to the 21st, and on the 29th and 30, as reported by larazon.es.