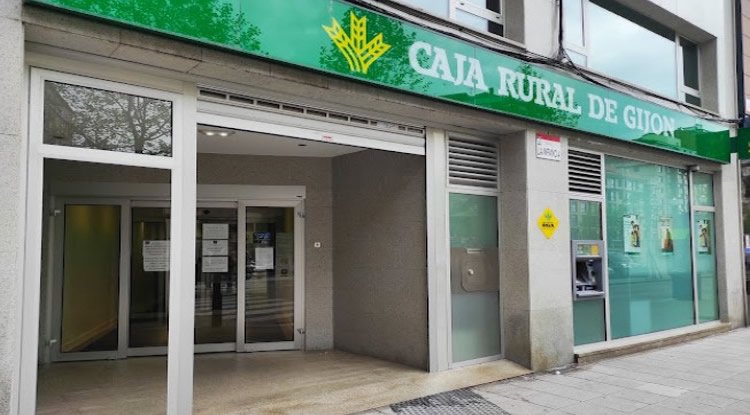 A former bodyguard of the historic arms dealer Adnan Khashoggi was arrested this Thursday, February 3, as he attempted to rob the central office of the Caja Rural, located on Paseo de la Infancia, in the city of Gijon.

The incident occurred shortly before 1:30pm, as the would-be bank robber stood in front of one of the bank’s employees, showed him a small knife, and told him, “Give me the money or I’ll cut you up”.
Thanks to the calm action of the bank worker, a silent alarm was activated unnoticed by the man, and the National Police were on the scene in three minutes, to arrest Julio SG red-handed inside the facility.

With his face only covered with the normal facemask, the criminal did not arouse the suspicion of the other clients who were in the bank at that time. The first they knew was when the plainclothes officers rushed in and pounced on the man, seizing his weapon and proceeding to arrest him.

“It was all very fast, I didn’t even know what had happened, I was with another of the employees and I only realized when I saw some men come in and throw themselves on top of one of the customers, almost better that way, because what a scare”, commented one of the witnesses.

Julio SG, a native of Gijon,  was recognised by the office employees. The former bodyguard of the Marbella-based Saudi arms dealer had granted an interview to ‘El Comercio’ in 2017, a few days after the death of his employer of five years.

Paradoxically, during the interview, he recalled that one of his first jobs for the billionaire was to “pick up his daughter Nabila, and take her to a bank to make a deposit”.

The former bodyguard admitted in his 2017 interview that he had fallen on hard times, and had no income. The Judicial Police Brigade is now investigating whether he could be involved in other robberies. He has several priors, most for property crimes. It is expected that he will go to the guard court, as reported by diariosur.es.