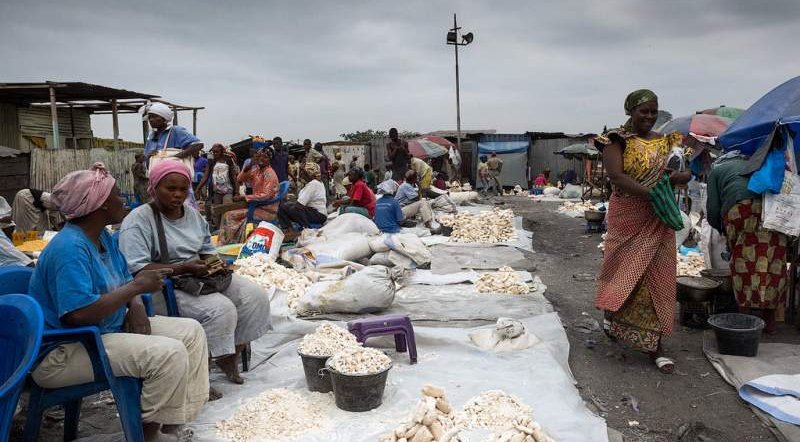 Police in the capital Kinshasa has said that 26 people had died after being electrocuted by a falling power cable at a market in the city.
According to the police a high-voltage cable snapped falling onto houses and shoppers at the market in the Matadi-Kibala district on the outskirts of the country’s capital.
The national electricity company in the DR Congo said it believed that lightning had struck part of the cable causing it to break and to fall on the unsuspecting shoppers.
Local media reported that the majority of the victims were workers at the market and in the main women. Footage posted to social media shows the motionless bodies.
Charles Mbutamuntu, spokesman for the Kinshasa provincial government, told the AFP news agency, “The cable snapped and the live end of it fell into a ditch that was filled with water after morning rain.”
He added that the bodies have been removed to a morgue and an investigation into the incident was underway.
The market has been visited by the Prime Minister Sama Lukonde describing the situation on Twitter as a “terrible accident”. He added adding: “I share the immense pain of the families. My thoughts are also with all the injured.”
Those condolences have been echoed by the electricity company.
Several districts of the capital are prone to flooding due to poorly maintained colonial-era drainage systems. A trader said the market often flooded during rain, with workers and shoppers having to wade through water.
Whether the death of the 26 people electrocuted at the Congo market is enough to spur the government in to making improvements to the area remains to be seen, with resource limitations always an issue.