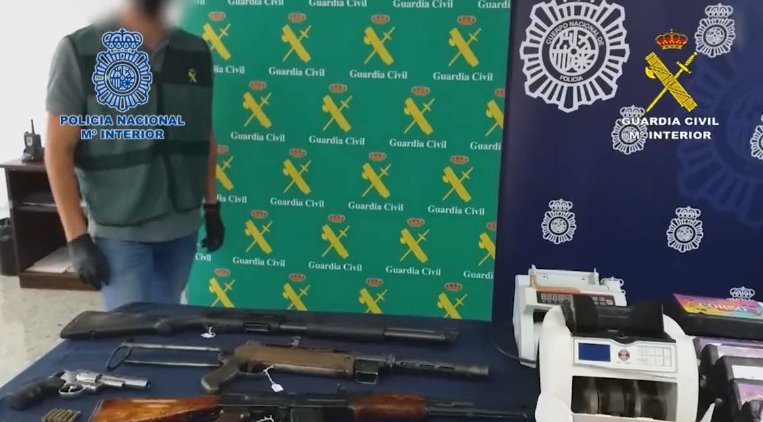 A joint operation between the Guardia Civil and the National Police in Sevilla province has resulted in the arrest of seven people in the capital city. They were suspected of being part of a sophisticated drug trafficking network that laundered profits through cryptocurrencies.

As reported by the Guardia Civil in a statement today, Sunday, February 6, the detainees are accused of the crimes of belonging to a criminal organisation, against public health, illegal possession of weapons of war, and money laundering.

In turn, the network used a string of companies dedicated to the sale of vehicles, workshops, and other companies to launder their money obtained from said drug trafficking. This income was also allegedly used for capital investment in cryptocurrencies.

Carried out in three phases, in the first phase, officers detained the carrier of the organisation with approximately 20 kilograms of cocaine, hidden in a vehicle coming from Portugal.

Phase two concluded with the discovery of several companies in the network, where weapons of war were located. Around €200,000 in cash was seized, as well as more than 20 high-end vehicles, and two motorcycles. Their car companies were also sealed off, and fiat and cryptocurrency accounts blocked.

The cocaine was transported in “caves”, prepared by the organisation, with sophisticated electronic systems so as not to be detected. Weapons of war were found, ready to be used, with plenty of ammunition, among which was an AK-47, a Z-45 submachine gun, shotguns, and a revolver.

Phase three concluded with nine searches in companies in the provinces of Sevilla and Cadiz, in which documentation of fiscal companies, investment accounts in cryptocurrencies, and vehicle sales companies were seized.

The detainees were made available to Alcala de Guadaira‘s Court of Instruction No1, in Sevilla. A judge ruled that the transporter should be imprisoned, but the other detainees were released with charges. Investigations reportedly remain open to locate the whereabouts of the head of the criminal network, as reported by lavanguardia.com.