US vote to invest billions in competing with China 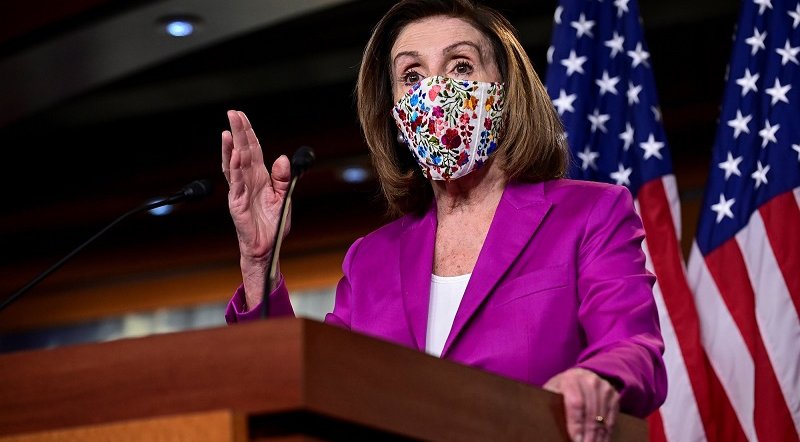 A House of Representatives vote on Friday passed sweeping legislation that will see the country invest billions of dollars in competing with China as the country economic dominance grows. The bill, which was approved along party lines, 222-210, will see the funds invested in American manufacturing and scientific research.
Passage of the bill comes nearly eight months after the Senate passed its own version with the two chambers now needing to go to conference to align their versions of the legislation into one final text that must pass both chambers again before it can reach President Joe Biden’s desk.
“The America COMPETES Act will ensure that America is preeminent in manufacturing, innovation and economic strength, and can out-compete any nation,” House Speaker Nancy Pelosi said ahead of Friday’s vote.
House leaders are urging swift action on the reconciliation process, their goal to get it to Biden early enough that he can claim the win during his State of the Union address on March 1.
The House bill would provide $52 billion (45bn euros) over five years to boost semiconductor research, manufacturing and design. This investment comes amid a global shortage of semiconductors, also known as chips, which are essential for the production of cars, smartphones, and medical equipment.
“The semiconductors are microchips that power virtually everything in our everyday lives. From our cell phones to automobiles, refrigerators, the internet, the electric grid without semiconductors, these things do not function in a modern economy,” Biden said during his remarks on the January jobs report.
“The House of Representatives just passed … over $90 billion for research and development, manufacturing and all those elements of the supply chain needed to produce products right here in America so we can keep delivering more announcements like the one we’ve had this past few weeks.”
The legislation will according to Biden lessen the fiscal impact of economic inflation that many Americans are experiencing with high food and gas prices.
The bill also provides $45 billion (39bn euros) over six years in grants and loans to improve supply chain issues, as well as including  provisions seeking to apply diplomatic pressure on the Chinese government for its human rights violations against the Uyghurs in the Xinjiang region.
While Republicans have been largely supportive of the measure over the last several months, House Republican leadership urged members to vote against the legislation on Friday, saying the bill is “too weak” on China.
The vote to invest billions in US manufacturing will see a return to a model that has worked well for the country in the past and which has resulted in many global market leaders being set up, how effective it will be in competing with China who have a head start remains to be seen.