Archaeological discovery made in Malaga’s Marbella 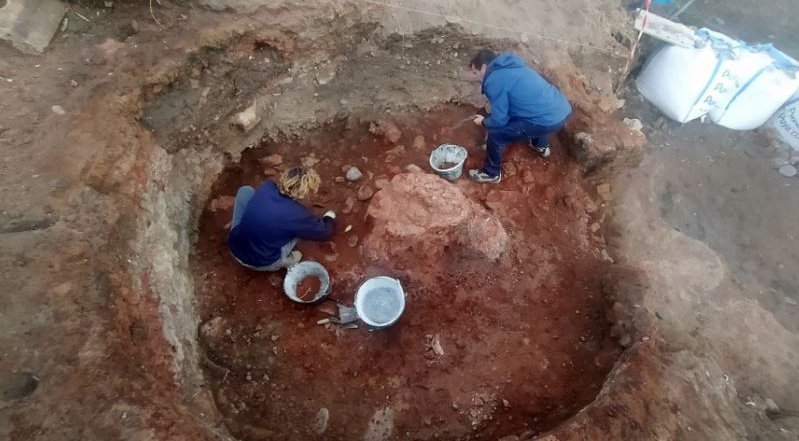 A Roman archaeological discovery has been made in Malaga’s Marbella.
Archaeological work being carried out at the Marbella Las Dunas site has revealed the existence of a Late Roman pottery facility where construction materials were made.
The work was commissioned by the town hall and has taken place on the Las Dunas site on the beach of Lindavista. The site was unearthed by a storm in December.

The “dune” appears to be partially filled with rubble from the late Roman period. This hides a pottery installation where construction materials were made.

The archaeological investigation is being carried out by a team of archaeologists and restorers hired by the Culture Department of the San Pedro Mayor’s Office.

The general director, José Antonio Moreno commented: “during the investigation, five probes have been opened, identifying at least three ovens, of which one has been completely excavated in order to establish a chronology and guarantee its conservation once a consolidation treatment has been carried out”.

He went on to add: “A singular drainage structure of greater antiquity than the ovens, which develops towards the interior of the dune, in a magnificent state of conservation, stands out.”

The archaeological work has generated: “the possibility of raising new hypotheses about the site in general, as by adding all the elements together we can revise the information we have to date and draw a more approximate image of what this site must have been like in its origin.”

According to the town hall: “During the survey work, a series of remains were found, some of which are still being studied for their correct dating: metal objects (a few bronze coins, nails, hooks, cup bases and a costume jewellery amulet), tesserae, pieces of painted stucco, and a wide range of ceramic remains of all types, with a large presence of a certain type of amphora (Keay XIX), almost certainly of the site’s own production.”

Moreno explained: “Although these remains are to be deposited in the Provincial Archaeological Museum, the intention of the Department of Culture is that they can be exhibited, if possible, in the planned extension of the small historical interpretation centre that currently exists in the CAE La Alcoholera.”