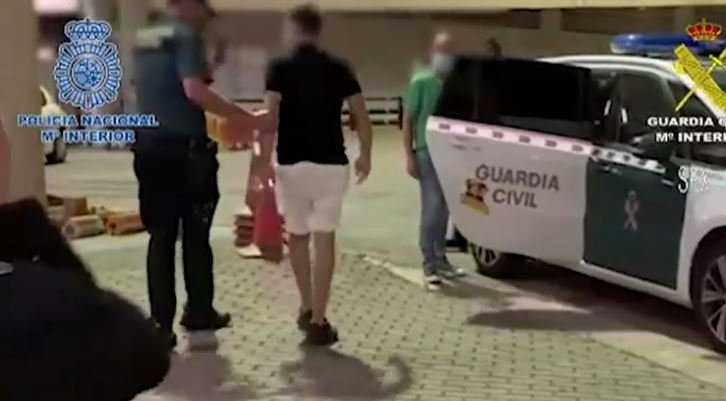 Bizarre catch: Thief caught smuggling a £25,000 Rolex after mugging a Brit holidaymaker in Mallorca.
In a bizarre arrest, three Italians were caught after a British holidaymaker was mugged for their £25,000 Rolex watch. The group was caught out at the Palma airport. One of the criminals had been carrying the watch between his bum cheeks.
On Friday, the men were given suspended prison sentences after they confessed to the mugging.
The victim had been holidaying in Mallorca when she was surprised from behind. She had been sitting on a bench when the watch was snatched from her wrist. Her handbag was also taken in the attack. A motorbike was used as a getaway vehicle but the suspects were soon caught when they tried to leave the country.
One of the thieves was caught hiding the watch between his bum cheeks. The hearing was held at the court in Palma.
A spokesperson for the Guardia Civil previously commented on the arrest. The spokesperson said: “The suspects travelled to Mallorca from the north of Italy to commit the crimes in tourist areas frequented by wealthy holidaymakers.
“Once they selected their victim, they approached them on a moped and snatched their watch from them and assaulted their victim at times until they got what they wanted
“At the same time the Civil Guard were investigating, Spanish National Police were conducting another against the same suspects for the same motive.
“Officers from both organisations detained the three men at Palma Airport as they prepared to leave the island during a joint operation.”
The spokesperson went on to add: “The officers recovered one of the watches that had been stolen which was valued at more than £25,000 and was subsequently returned to its legitimate owner. The three suspects were remanded behind bars.”