Boris Johnson is ‘not a complete clown’ 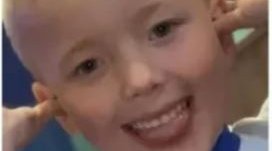 Boris Johnson is ‘not a complete clown’, according to his new press chief.
Guto Harri, the Prime Minister’s new communications director has said that Boris Johnson is “not a complete clown.”
Harri revealed that on meeting with Boris Johnson last week the Prime Minister started a performance of Gloria Gaynor’s I Will Survive.
Harri spoke to Golwg.360 and explained how he was hired in his new role. He revealed: “Although I haven’t seen him in person for years, we picked up where we left things, in terms of the tone of our friendship. I walked in, I saluted to the PM and said: ‘Prime minister, Guto Harri reporting for duty.’
“He stood up from behind his desk and started to take the salute but he said: ‘What am I doing? I should take the knee for you.’ The two of us laughed. Then I asked: ‘Are you going to survive, Boris?’ And he said in his deep voice – slow and purposeful – starting to sing a little while finishing the sentence and saying: ‘I will survive.’”
Harri went on to add: “I inevitably invited him to say: ‘You’ve got all your life to live,’ and he replied: ‘I’ve got all my love to give,’ so we had a little blast from Gloria Gaynor. No one expects that, but that’s how it was.”
After a jokey reunion, the pair got down to serious business. Harri explained that he and the Prime Minister had: “a serious conversation about how we get the government back on track and how we move forward”.
“Everyone’s focus has been on recent events that have caused a lot of hurt, but in the end, that’s nothing to do with the way people voted two years ago. He’s not a complete clown, but he’s a very likable character … He is not a vicious man as some misrepresent him.”