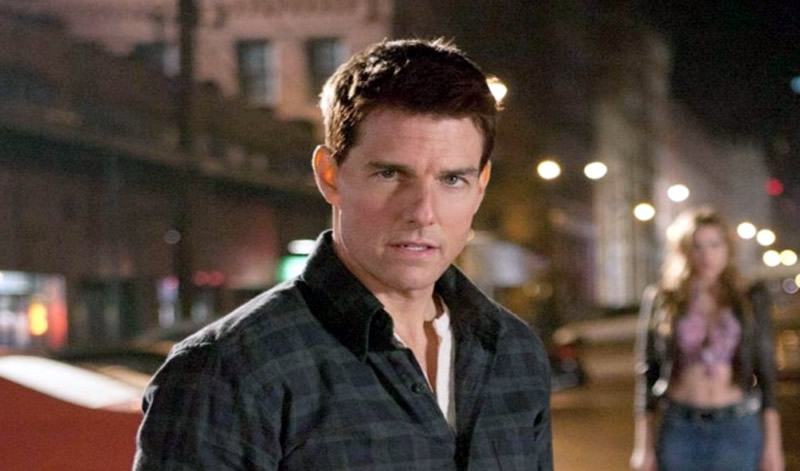 In a new interview with Metro, Lee Child, the British author of the iconic Jack Reacher books, has spoken bluntly about the casting of Tom Cruise as his towering action hero in the movie franchise.
When the first film was released in 2012, titled ‘Jack Reacher‘, hardened fans of the books voiced their outrage over Cruise playing the starring role. The same happened again in 2016, when ‘Jack Reacher: Never Go Back‘ hit the big screen.
The character of Jack Reacher in Childs’ books is described as a huge and hulking 6′ 5″ towering presence, who physically intimidates all those he meets. Cruise is undeniably a powerful screen actor, one of the biggest movie stars in the world, but at 5′ 7″ tall, he can hardly be called ‘huge and hulking’.
This fan anger and controversy could be all about the change though, with the release last Friday, February 4, of a new eight-part Amazon Prime series, ‘Reacher‘. The lead role is filled by Alan Ritchson, a muscular 6′ 2″ actor who most recently played Hawk, the damaged superhero in the DC comic book series Titans.
To promote the launch, Jack Reacher author, Lee Child was interviewed by Metro, where he spoke candidly about Cruise’s involvement in the previous movies.
Child told Metro, “There was criticism from the book fans, because they had built up a very clear image of what Reacher should look like. I think that the size thing is important to certain parts of the narrative”.
He continued, “Reacher has got to scare people, and you can do that so much easier with one glance of this huge animal, rather than a normal-sized actor”.
Making an eight-part series allowed him “the opportunity of thinking, ‘Alright, we can get a much bigger guy, so the book fans are going to be happy'”, added the author, as reported by express.co.uk.