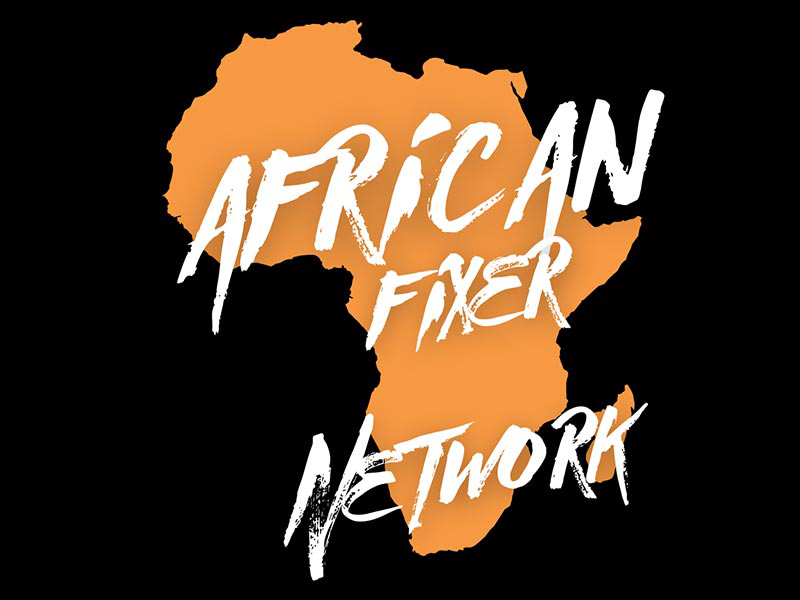 When people think of production companies and filmmaking, all heads tend to turn towards the United States, a country filled to the brim with commercialization, consumerism, and the dazzle of Hollywood. But, while the spotlight is on America, countries in Africa are showcasing raw talent and drive, as it has been estimated that the film industry has created billions of dollars worth of revenue for the continent, whilst providing employment to millions.

Africa has so much potential in the realm of video and stills production, as countries such as Nigeria are highlighted for their quality film and television department that comes close to that of Bollywood and Hollywood. Countries like Tanzania, Botswana, and South Africa have passionate individuals and prime film production locations that can create cinematic experiences and commercialized entertainment that instills joy and laughter through the production of film.

Sadly, the individuals who want to create films, a set of episodes, or a list of creative commercials could struggle, as there are many restrictions regarding budgets. Luckily, in a country like South Africa, there are still some fantastic production companies to work with to gain experience and funding so that incredible ideas can come to life. People in and out of South Africa can utilize these production companies to create gold.

The film industry within the country took a hit, especially during the beginning phases of the pandemic. Revenue decreased and jobs were lost, creating a hole with regards to filmmaking. But, there is hope, as individuals both in the country and outside, see the potential in South Africa.

The benefits of filming in South Africa

As a location, South Africa is the perfect place to be, thanks to the diverse landscape that goes from lush nature to dry bushes and urban concrete jungles in a heartbeat. The settings cater to any vision. Great weather, taxes, and government incentives all push international talent to the country, which promotes and improves the overall industry of filmmaking and video commercials.

South Africans are individuals who have a voice and stories to share through the medium of film, they can produce moving pieces for the big-screen and unique and witty commercials for any product. By having international talent come in to boost the film industry, local talent could be given the opportunity to shine.

When individuals take the step to make films in South Africa, they will be greeted with some of the best film production services in Africa, with a crew that works around the clock before and after the words “action” are shouted and magic is created.

Local or international, filmmakers want to ensure they work with the best talent that can be offered in South Africa. Here is a list of some of the best production companies to work with when rolling film in the Rainbow Nation:

African Fixer film production service offerings go above and beyond expectations, raising the bar sky-high and ensuring that clients who turn to them for filmmaking services leave feeling fulfilled with the overall experience. By being able to provide production services in every African country, African Fixer takes what would be a stressful experience, and turns it into a seamless process.

If filmmakers from another country plan to utilize South Africa as a film location, African Fixer organizes Visas to get the journey started. Once in South Africa, the production company can also equip filmmakers with all of the necessary, top of the line cameras, lighting, set dressing, and editing software. An expert  local crew is organized alongside catering, security, hotel bookings, and more. A home away from home feel is created by African Fixer’s crew.

This production company believes in Africa and what the continent and countries like South Africa have to offer, and this is apparent with the heart, soul, and dedication put towards the large list of trustworthy services provided.

Located in Cape Town, Glo Films are experts when it comes to the production of film, television, and commercials. Impressed reviewers mention how this production company manages to understand the subjective visions and they manage to bring them to life brilliantly.

Corporate videos, documentaries, music videos, live broadcasts, Glo Films does it all in Johannesburg, Cape Town, and Durban, highlighting the importance of building up a local image that has “South Africa” written all over it.

This Pretoria studio has it all, and just because creators are restricted to filming inside doesn’t mean that something excellent cannot be created. With the great set design, proper lighting, and cameras, creativity is highlighted and encouraged.

With the influx of great big blockbuster action films, independent films are a breath of fresh air, as they are smaller in scale and tell a focused story with moving themes. While they usually would be lost in the flood of other big-name films, production companies like Videovision understand the importance of independent films, and they put them at the forefront.

Acclaimed films such as “Back of The Moon ” are distributed with the help of Videovision’s production company, which has managed to create over 80 films in South Africa for the past three decades.

Hard Time Productions is situated in Johannesburg, and this production company strives to highlight the value of the film industry in the country. Quality entertainment that will move the industry forward is ensured with this company.

Providing video production services, recording, mixing, and even music production, Hard Time is an all-rounder. Those interested in making videos for social media, corporations, or education platforms should turn to this local production company that has pride in its range of services.

South Africa should not be underestimated and most definitely belongs in the global film industry conversation. While the industry has had an uphill battle, production companies like African Fixer are putting the country back on the map and making it easy and efficient to create films, tv shows, and commercials within the country.

By picking one of the best production companies in SA, filmmakers will have peace of mind knowing that their vision and imagination will be in good hands from the start when the first scene is filmed, to the end when somebody shouts “that’s a wrap!”